Altior resumed winning ways in the Win Bigger On The Betfair Exchange Chase at Newbury.

His 19-race winning run had come to an end last time out against Cyrname in November, when stepped up in trip at Ascot, and then Nicky Henderson's superstar subsequently missed an outing at Christmas with an abscess.

The returning Dynamite Dollars set the pace after Bun Doran fell at the water jump, and plenty looked to have a chance at the third-last in the Grade Two feature.

Nico de Boinville had to get serious on the 1/3 favourite running to the final fence, but on landing his famed turbo kicked in and he sprinted clear to win by three and a quarter lengths, taking the race better known as the Game Spirit for a third time.

Trainer Nicky Henderson sounded relieved to see his star get back on track and suggested afterward, that all roads now lead to Cheltenham.

"This done him the world of good. He gained in confidence all the way. It was just a matter of pressing the button and letting him go. He was good," Henderson said.

"We know what to do from now until [Cheltenham], we've got to keep the ball rolling. 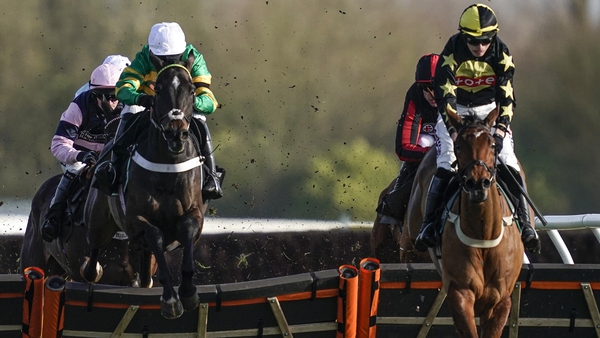