Sheila Lavery has been left heartbroken after her 1000 Guineas runner-up Lady Kaya fractured a leg on the gallops and could not be saved.

Among the favourites for the Commonwealth Cup at Royal Ascot next week, Lady Kaya was having her final piece of work in preparation at the Curragh on Tuesday when the accident occurred.

"She was having her final piece up the Curragh on the Old Vic - she was going beautifully and (jockey) Robbie (Colgan) just heard a bang," said Lavery.

"She shattered her hind leg. She was the soundest filly I've ever had." 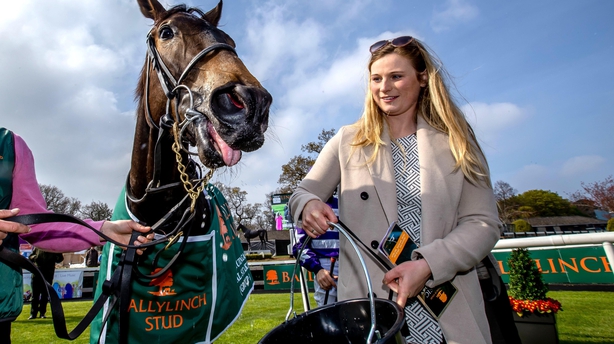 The trainer added nothing could be done to save Lady Kaya.

"We boxed her off the gallops, brought her to Anglesey Lodge - who X-rayed her but said she couldn't be saved, and they put her down.

"Heartbroken. In fact that doesn't describe the feeling of everybody here.

"She was owned by my niece, Joanna, who was there this morning. We all went to the clinic with her."

We are absolutely heartbroken here, Lady Kaya broke her leg this morning and could not be saved. No words describe the beauty of Lady Kaya. pic.twitter.com/1M8c4eCsfL