Gordon Elliott believes Apple's Jade is stronger than ever as she prepares to defend her crown in the Bar One Racing Hatton's Grace Hurdle at Fairyhouse on Sunday.

The five-year-old was one of the most high-profile horses to be make the move from Willie Mullins to Elliott last year following the champion trainer's well publicised split with Gigginstown House Stud.

Apple's Jade was beaten on her first two starts for her new trainer, but raised her game to see off former stablemate Vroum Vroum Mag in a thrilling renewal of this two-and-a-half-mile Grade One 12 months ago before adding to her top-level tally at Cheltenham and Punchestown in the spring.

She made a successful reappearance in the Lismullen Hurdle at Navan three weeks ago and faces the Mullins-trained Stayers' Hurdle hero Nichols Canyon in what promises to be another intriguing clash between the two powerhouse stables in Irish National Hunt racing.

"Obviously Nichols Canyon is a serious horse and it's hard to beat Willie Mullins anywhere, but our mare is in good form and we'll give it a go," Elliott told At The Races.

"She always improves for her first run and Lisa (O'Neill) rides her out every day and she couldn't be happier with her. She's probably a bit stronger this year, which is good."

The Cullentra handler also saddles outsider Mick Jazz, and added: "Hopefully he can pick up a bit of prize-money."

Nichols Canyon has won eight Grade Ones for the Mullins team, opening his top-level account in the Royal Bond Novice Hurdle on this card three years ago.

However, Mullins feels he has plenty on his plate on his seasonal reappearance.

He said: "Nichols Canyon is good, he's grand, but it will probably be hard to beat Apple's Jade on form." 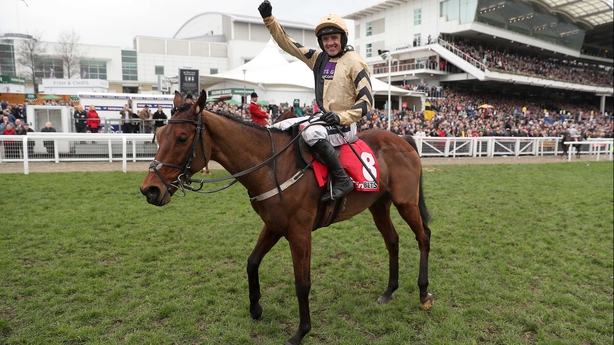 Nichols Canyon is one of three Closutton representatives along with Cilaos Emery and high-class mare Augusta Kate.

Cilaos Emery was last seen when beating esteemed stablemate Melon at last season's Punchestown Festival.
The trainer's son and assistant, Patrick, who rides Cilaos Emery, said: "It should be a fascinating race.

"Nichols Canyon is incredibly versatile. He has the speed to beat Faugheen over two miles in a Morgiana Hurdle and the stamina to win a Stayers' Hurdle over three miles in Cheltenham.

"This intermediate distance of two and a half miles should suit him well, but obviously Apple's Jade won this race last year and has already had a run this season."

He went on: "Cilaos Emery ran a good race to finish fifth in the Supreme at Cheltenham and improved to beat Melon in Punchestown.

"This is a big step up for him, but it will let us know where he stands in the pecking order.

"Augusta Kate is a Grade One winner over the course and distance and looked to be giving Death Duty a run for his money when she fell in Naas last season, so she's well able to take on the boys.

"This is a tough task, but again it will tell us where we stand with her." 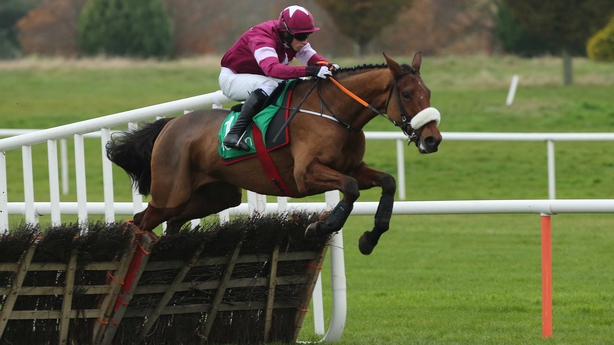 Death Duty puts his unbeaten record over fences and huge reputation on the line in the Bar One Racing Drinmore Novice Chase at Fairyhouse on Sunday.

Elliott has never made any secret of the regard in which he holds the six-year-old and he lived up the billing by winning two bumpers and his first four starts over hurdles last season.

He blotted his copybook when unseating his rider in the Albert Bartlett at the Cheltenham Festival and was only third at Punchestown, but he has reignited his career with chase victories at Tipperary and Punchestown this autumn.

Elliott told At The Races: "This race has been the plan, he's in great form and we couldn't be happier with him.

"It's a good race. I was of the opinion last year that he wanted three miles and I just might have been wrong the way he won over two miles and two furlongs at Punchestown the last day."

Dinaria Des Obeaux is particularly interesting having won each of her two starts over fences and as four-year-old, she receives significant weight from each of her rivals.

"Dinaria Des Obeaux is getting 15lb, so if she's ever going to beat them it could be on Sunday. She's well and hopefully she runs well," Elliott added.

Mullins is double-handed as he chases a fourth victory in the race. Paul Townend has sided with impressive Tipperary Grade Three winner Rathvinden over stablemate Townshend, the mount of Danny Mullins.

"Rathvinden has a chance and there's Townshend as well. Race fitness might give Rathvinden the edge," said the champion trainer.

Completing the field is the Noel Meade-trained Snow Falcon. The seven-year-old was runner-up on his debut over fences at Naas three weeks ago and Meade feels he has nothing to lose by throwing him in at the deep end.

"You can run in a beginners chase and run into a Grade One horse of Willie's or Gordon's, so you might as well run in a Grade One and see how you get on," he said.

"I was happy enough with the way he ran at Naas. The most important thing was to get around and the winner just got away from him.

"He's in good nick. I think he's actually in better shape for Sunday than he was the last day." 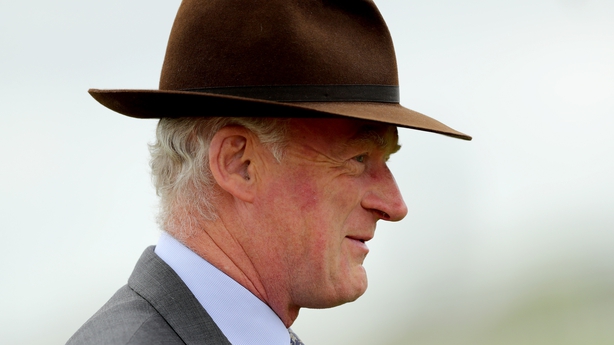 Mullins is relying on Makitorix in a bid to win his eighth Bar One Racing Royal Bond Novice Hurdle.

The Grade One contest has an incredible roll of honour, with the legendary Istabraq (1996), Moscow Flyer (1999) and Hardy Eustace (2002) all previous winners.

Mullins first claimed the prize with Alexander Banquet in 1998 and has since added to his tally with the likes of Hurricane Fly (2008) and Nichols Canyon (2014) and won his third successive renewal with Airlie Beach 12 months ago.

Makitorix has run just once since arriving from France, scoring by 18 lengths on his hurdling debut at Listowel in September, and Mullins is unsure what to expect.

He said: "We had a couple of other horses that we thought might run in the race, but through one thing and another they don't and Makitorix has come to the fore.

"He will lack a bit of experience, but we'll take our chance and we'll know what we have on Sunday."

Elliott is triple-handed in his bid to win the Royal Bond for the first time.

Heading the team is Mengli Khan, who having been beaten over hurdles twice last season, has raised his game to register two impressive victories at Navan this term.

"Mengli Khan is a different horse this year," Elliott told At The Races. "He was a big shell last year and he's a lot stronger now. I'd say it was the best thing that happened that he didn't win a race (last season)."

The seven-strong field is completed by the JP McManus-owned trio of Early Doors, Le Richebourg and Red Jack.

Early Doors and Le Richebourg are both unbeaten over hurdles for Joseph O'Brien, with the owner's retained rider Barry Geraghty siding with the latter.

Red Jack has won two bumpers and a Naas maiden hurdle for Noel Meade and tests his powers at the highest level under Sean Flanagan.

"He'd want to step up a long way from Naas. It's a huge race and a very hot field, but he'll take his chance."