Ruby Walsh is optimistic he will be fit to ride at the Cheltenham Festival in March.

The jockey's season was derailed on Saturday when he sustained a broken leg in a fall from Let's Dance at Punchestown.

Walsh's leg does not require an operation, though, and he told Racing UK: "Hopefully it will heal quickly.

"A broken leg is usually 12 weeks, give or take - (there is) 16 weeks and three days from the fall to the Cheltenham Festival.

"I don't think it matters how much experience you have. You can only do what the doctors tell you and be as patient as you can." 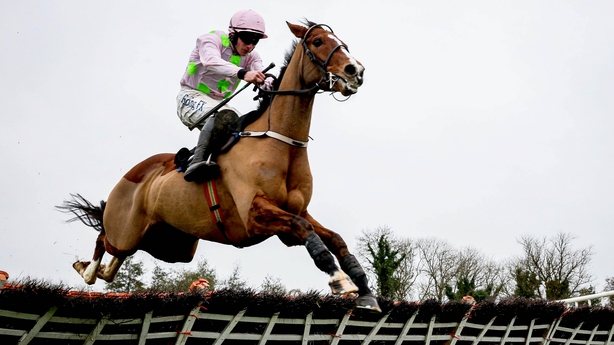 The first big ride Walsh missed was on comeback king Faugheen, who impressed on his return after 22 months off the track in the Morgiana Hurdle at Punchestown in the hands of Paul Townend.

"It was great see Faugheen winning on Sunday, but heartbreaking not to be on his back and that will be the case every weekend between now and when you return. That's the mental pain of any sports person who's sitting on the sidelines," he said.

"His homework had been very good. He was showing us at home that he had retained what we thought was all his old ability. He obviously had to go to the track and show that. To me, he certainly did on Sunday.

"You take the race as a whole and look at it, it was a very good performance. Everyone is very happy with him and he seems really well.

"Where he goes next, I don't know, but you'd imagine it would be somewhere at Christmas and then another race at the end of January or the beginning of February and then on to March, all being well."