Michael Stoute's good start to the season continued apace as Exosphere ran out a ready winner in the Dunaden At Overbury Jockey Club Stakes as favourite Jack Hobbs was pulled up.

Jack Hobbs, winner of last year's Irish Derby, was sent off an odds-on shot to make a winning return but was the first horse beaten and William Buick soon pulled him up and dismounted.

Big Orange took the field along but looked a sitting duck and was soon passed by St Leger winner Simple Verse.

For a few strides she looked capable of beating the boys again, but Ryan Moore had yet to ask Exosphere for everything and the 17-2 chance kicked clear to win by four lengths.

Moore said: "We've always liked him, but I thought it was a big step up against a Leger winner and an Irish Derby winner. Obviously something is not right with Jack (Hobbs).

"He's an impressive horse but I'm a bit surprised he was able to win today, he's obviously improving."

Of Jack Hobbs, trainer John Gosden said: "It's a bit of a mystery, we'll get him checked over." 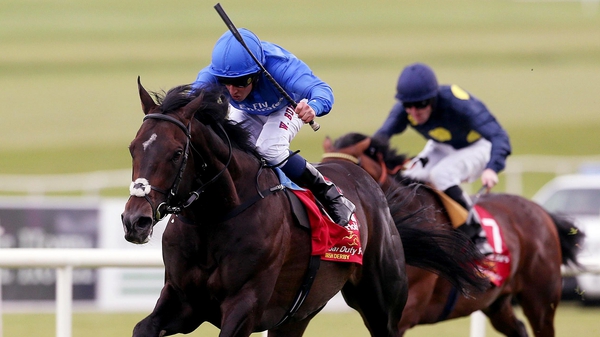