This is run over 2 miles, and a field of five is set to go to post, with the betting dominated by two Willie Mullins trained horses.

It’s a scenario that will likely play out many times this winter, so I checked to see was there any value in backing against a horse Ruby Walsh picks in such circumstances.

Ruby has had 40 rides in grade one novice hurdles for Willie in the last four years. He’s had 16 winners, when based on the Betfair SP, 14.3 winners would have been expected, so just blindly backing Ruby would have led to a profit of almost 12% on investment.

I did the same with Paul Townend for the same period, and the results were interesting. From 27 rides, he’s had 6 winners, when only 2.26 winners would be expected given their SP. That means you’d have an ROI of +165% backing such horses, and while the sample is too small to be confident of a profit in the future, it certainly wouldn’t put you off backing a Mullins second string.

Ruby rides Long Dog, and since coming 2nd on his hurdling debut last November, he’s racked up four wins, starting with an easy win at Sligo in July. His best piece of form so far was probably when he beat Three Stars by 10l at the Galway festival, which happens to be the horse his stablemate, Bachasson beat last time at Tipperary.

Bachasson wasn’t as visually dismissive of Three Stars as Long Dog was, but Three Stars got away with setting a steady pace that day, and when he quickened Bachasson very briefly looked in trouble, having allowed him first run, but after moving upsides jumping the last, he was going right away at the line for a 4 1/2l win, leaving the impression the slow pace masked his superiority.

Bachasson is also 6lb better off with Long Dog on the line through Three Stars, and given their other wins were against vastly inferior rivals, that’s the most solid form we have to judge them on.

The only other horse under 20/1 for this, is the Noel Meade trained Gunnery Sergeant and after making a winning rules debut in a bumper in October, he fell at the 2nd last when still holding every chance, on his first hurdling start in Gowran last weekend. That’s hardly an ideal preparation for this, and he’d need to improve quite a bit, making quotes of just 4/1 look very short.

I’ve no strong opinion on this, but at the current 5/2 Bachasson looks the best value. There seems very little between him and Long Dog on what we’ve seen on the track, and the Paul Townend stat suggests the market can underestimate the Willie Mullins second string. 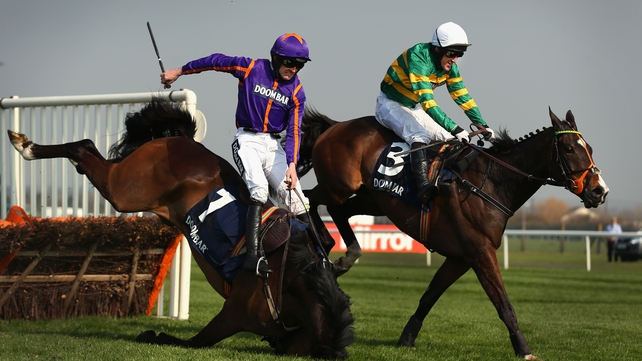 This has a field of seven set to face the starter, and again Willie Mullins has the favourite, with Arctic Fire currently trading at a best price 8/11.

On his best form Arctic Fire has over a stone in hand of these rivals, but that form has come in defeat against the top hurdlers, and he has found it hard to replicate it when faced with inferior rivals. He has only won once in his last nine starts, that was last time out at Navan, and he would have got beat that day too if Monksland hadn’t made a mess of the last.

Alpha Des Obeaux is second favourite, and while he came 2nd in the grade 1 novice hurdle at Punchestown back in May, that form would leave him with a good bit to find with Artic Fire, and given he’s got beaten in his last four starts he doesn’t appeal as a likely type to find the improvement required.

On the other hand, Willie Mullins second string, Clondaw Court has bundles of scope, and could easily be top class.

The problem with him is they’ve clearly had trouble keeping him sound. He got injured after winning at Thurles in January 2014, and must have had another issue since winning at the same course in November last year, as he hasn’t run since. He hasn’t beaten much so far, but has been very impressive in winning his three hurdling starts. He’s a fine big horse, and it could be that if he is to go to the top, it could be as a three-mile chaser, and this is a big ask for him.

The one I like at the prices is Gwencily Berbas. He came from France and made an impressive Irish debut when winning a three runner affair at Fairyhouse in February, before coming 9th off a mark of 139 in the Fred Winter at Cheltenham, when sitting close to a strong pace, meant he faded a bit from the home bend. He made a winning return this season, when making all in a grade 3 at Naas, and the way he went right away on the run in, having looked like he had a battle on his hands jumping the second last, suggests the extra half mile here is a plus. He will need to improve again, but has plenty of scope to do so, and the current 10/1 looks to underestimate his chance. 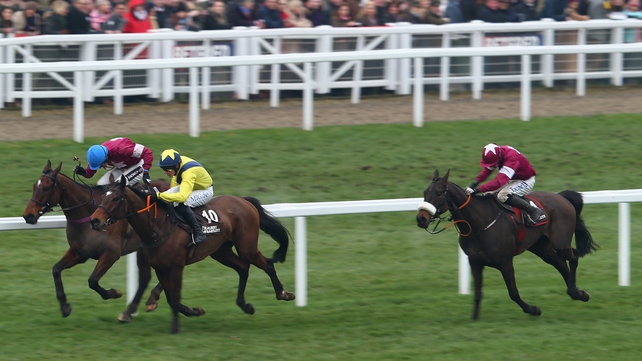 The market for this is headed by the Gordon Elliot trained, No More Heroes, who made a winning chasing debut at Punchestown last time, after a novice hurdle campaign which included a 3rd at the Cheltenham festival.

He looks a potential star chaser, and jumped really well at Punchestown, but my concern for this race, is the two-and-a-half-mile trip is very likely to be short of his optimum, as he is a real galloper, and could get done for toe in this.

Monksland is second favourite, and while he also made a winning chasing debut last time, he was exposed as below the top level over hurdles, and unlike No More Heroes, he doesn’t appeal as the type to be much better over fences.

Outlander had No More Heroes behind in 5th when winning a grade 2 novice hurdle at Leopardstown back in January, and while he only came 6th at Cheltenham, he was only beaten 6l in the Neptune, after taking a strong hold off a steady gallop.

Outlander made a winning chasing debut last time at Punchestown, beating today’s rival, Free Expression by 1 1/2l. Free Expression was hampered on the home bend, but it didn’t cost him much, and I got the impression Outlander was only doing enough, and never really looked in danger of defeat.

No More Heroes is the most likely winner, but punting is about backing horses that win more often than their odds suggest, and at the current 5/1, I think Outlander is the bet, with the trip more likely to suit him, than the favourite.

Declan Meagher is the founder of the website Learn Bet Win.