Sprinter Sacre could face Sire De Grugy in  the Tingle Creek Chase on his planned return to action at Sandown in December.

Trainer Nicky Henderson has pencilled in the two-mile Grade One for Sprinter Sacre after reporting the eight-year-old to be in rude health following his heart scare.

The problem surfaced in the Desert Orchid Chase at Kempton over Christmas which resulted in Barry Geraghty pulling up last year's Cheltenham and Punchestown Champion Chase hero.

Sire De Grugy, who had won the Tingle Creek earlier that month, went on to take that race on his way to dominating the two-mile division, culminating with victory in the Queen Mother Champion Chase and a triumphant return to Sandown in the Celebration Chase on the last day of the season.

"That heart situation is perfect. There's nothing there at all. There are a couple of other bits and pieces we're tidying up," Henderson told At The Races.

"There is very little that you wouldn't do to any horse. This is the time of year for MOTs.

"We are not doing any wind operations or anything like that, that's all right. We're doing very little. We found really nothing to do except to turn him out, leave him alone, let him have a good summer and start again.

"We know where we are going to have to start, I would imagine in the Tingle Creek.

"Where else do you go? It's the only place you can start. It would be exciting (to take on Sire De Grugy). All being well, and if he's well, he'll start next season where he was.

"This time last year (at Punchestown) was one of the most amazing days I ever saw on a racecourse. We'll certainly never forget it." 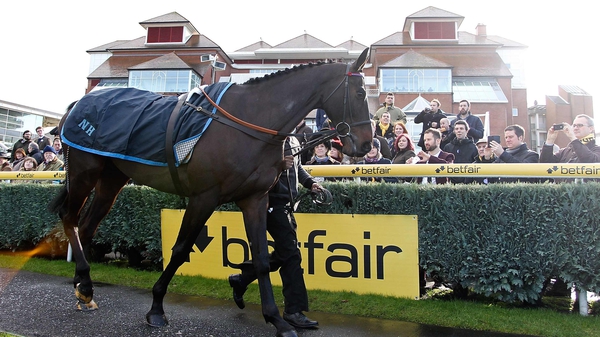