Always to the fore under Ruby Walsh, the 2-5 favourite sprinted clear after the second last and kept on well to beat Chestnut Charlie by eight lengths.

The double was concluded when Measureofmydreams (9-4) sauntered to victory in the Athboy Pro/Am Flat Race under the trainer's son Patrick.

Trainer Iggy Madden will be celebrating after his 33-1 chance fended off all challengers under Shane Crmin.

Duers was the last of those to give chase in the home straight, but the line came in time for Cherryantor, who scored by a length.

Kitten Rock (2-1) looked a hurdler of some potential when scoring on his debut in the Racing 16th March Maiden Hurdle.

Short-priced market leader Halling's Treasure could only finish fourth in that race, but favourite-backers had more to cheer about after the Nobber Maiden Hurdle as Drumlee won with a bit in hand.

Charlie Swan's 9-10 market leader was slightly clumsy at the second last when marginally in front, but he hit the ground running and galloped away to beat Brod Na Heireann by two and three-quarter lengths.

Robert Tyner's charge picked up well after the second last under Philip Enright, reeling in Vinnie Trenta to score by a length and three-quarters. 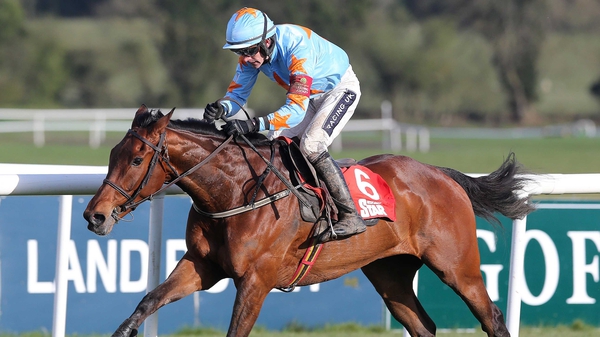