Little is given away by the Coolmore camp but the hints were there that Magician could well be the superior of their two Chester Derby trial winners this week.

Although he landed the BetVictor.com Dee Stakes by four lengths, compared with the six managed by Ruler Of The World in Thursday's MBNA Chester Vase, Magician was achieving more on pure form as he defeated a higher-rated runner-up in Contributer.

Both are by Galileo but 13-8 favourite Magician, a winner of one of his four juvenile starts, is out of a Listed-class sprinter in Absolutelyfabulous and Ryan Moore used his inherited speed to disappear into the distance in the final furlong.

The team's challenge against hot favourite Dawn Approach will not be finalised until Battle Of Marengo has appeared in Sunday's Derrinstown and probably Mars and/or Indian Chief in the Dante.

Kevin Buckley, Coolmore's UK representative, was asked about the Chester winners and said: "I suppose, to be fair, we were equally impressed with both horses.

"Ryan did have quite a smile on his face today. He said he got a good feel from him and was really impressed when he pushed the button.

"Ruler Of The World is destined for mile-and-a-half races but this horse handles a mile and a quarter very well and has a bit of speed in his pedigree."

Magician is 20-1 with Coral, 14s with Ladbrokes, for Epsom and Buckley said later: "It's all about the Derby, it's the race the whole team want to win." 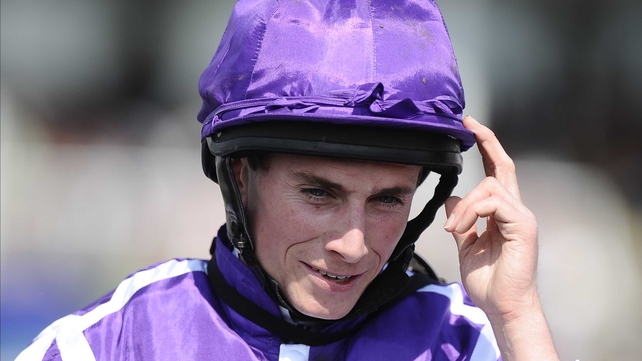 Moore was impressed and said: "He's a very nice horse. He felt relaxed going round there and when you asked he really quickened very well.

"He's got plenty of pace. They are different types (Ruler Of The World and Magician), but both are good ones."

Adding a little context was Ed Dunlop, whose Contributer arrived on the back of a victory at Newbury and was unable to make enough impact with jockey Graham Lee attempting to squeeze up the inside of the field.

"Graham blames himself for getting behind in a slowly-run race. The winner could be very good but it was an unsatisfactory race," said Dunlop.

"The vibes we got were that today's winner was better than yesterday's and I suppose we come away from today not having learnt very much."

Owner Dr Marwan Koukash achieved one of his two racing ambitions for the second time this week by winning the Chester Cup, and it will be up to Luca Cumani and Mount Athos to attempt to swing the other.

Both trainer and owner are hell-bent on a victory in the Emirates Melbourne Cup, and Cumani must now preserve a realistic handicap rating after Mount Athos (13-8) savaged his opponents in the Boodles Diamond Ormonde Stakes.

With O'Brien's 6-5 favourite Memphis Tennessee never looking settled on the tight Roodee, Mount Athos was alone in front and cruised home by nine lengths, with Jamie Spencer searching for virgin ground along the stands rail in the home straight.

He was fifth in a rough Melbourne Cup last November and Koukash said: "We could take him to York next week (for the Yorkshire Cup) as he hasn't really had a race today," Koukash said.

"I'm sure he works harder at home than he has today.

"The Melbourne Cup is the ultimate aim. We may take him to Ascot for the Gold Cup, speaking to the handicapper in Australia, they assure me for an Ascot Gold Cup winner it would be no more than 55kg so we may consider that." 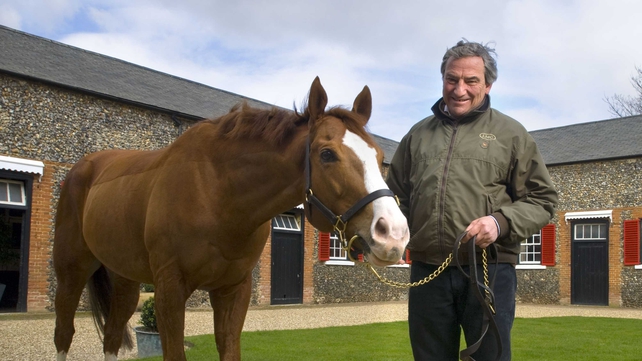 Cumani quickly blocked a couple of those avenues and said: "He doesn't go (to York).

"Marwan gave me two objectives this year, this race and the Melbourne Cup.

"Last year he won his three races in England nicely spaced out and I think we'll stick with the plan. He will probably have another two, or maybe three races at a mile and a half to a mile and three-quarters before the Melbourne Cup.

"I don't want him to rise too much in the weights, so we'll be flying slightly below the radar."

Paddy Power make him a 10-1 shot for Australia.

Spencer added a winner for another of his key supporters, Qatar Racing, on Normal Equilibrium (5-1) in the Sustainable Group (UK) Ltd E.B.F. Handicap, while Moore edged Captain Bertie (9-4 favourite) past Chosen Character in the sportingbet.com Earl Grosvenor Handicap.

That was gamble landed for Charlie Hills, who said: "He needs things to go in his favour and I was very pleased it rained.

"I suppose there's the Royal Hunt Cup and Bunbury Cup to to look at."

Hills doubled up himself when the Steve Drowne-ridden Callmeakhab (4-1) claimed the highstreetvouchers.com Maiden Fillies' Stakes.