The Minister for Health Stephen Donnelly said the games themselves are not the issue around the decision to limit crowds to 200 at sports events - highlighting public health officials' fears around the gathering of larger numbers of people before and after the occasions.

On Tuesday, the Government again delayed the country's entry into Phase 4, which means that sporting attendances will remain limited to 200.

The GAA, FAI and other sporting organisations had hoped that the numbers that could attend would be increased to 500, but the Cabinet have decided to delay any easing of restrictions in the face of an increase in Covid-19 cases in recent weeks.

Speaking to RTÉ Radio 1's Morning Ireland, Mr Donnelly said: "NPHET's [the National Public Health Emergency Team] position on this is, they actually don't see much of an issue during the game.

"The GAA and various other sporting organisations have some large stadiums. Their view is, of course you can have more than 200 people at an outdoor event properly spaced. Their concern is what happens before the match and after the match.

"For example, some of the clusters we're looking at at the moment, the belief is that some of the transmission may have been in the cars, on the way to work, on the way from work. The public health experts, their view is, the match itself is not a problem. But people congregate beforehand, people share cars, people congregate afterwards and that really is their concern."

Mr Donnelly aired his belief that larger crowds would have been permitted to attend sports events had the number of cases stayed below 20 a day. A concerning surge has ultimately made relaxations too risky.

"I think if the number of cases was consistently at less than 20 a day, which we had seen for some time, my sense is the public health officials would say, 'we're in a stable place, that's a low level of community transmission'," he added.

"Their concern is things are very, very finely balanced and they believe that it might take very little to tip this over into a situation where it begins to go out of control." 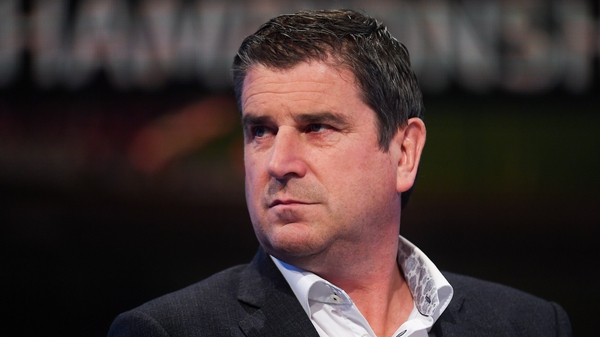 Michael Duignan: Crowd limit should be linked to venue capacity