If the coronavirus isn't enough, a warning from scientists about a new virus, with a potential pandemic risk, found in pigs in China, is sure to draw very audible gasps.

We can only hope that this new swine flu does not upend our lives in the same way Covid-19 has.

And so we are at the half-way point of 2020. It's been a year like no other as a result of strict lockdowns enforced in the spring. Many countries, including Ireland, have taken steps to emerge from the restrictions, while others, namely the USA, Brazil and India, are still dealing with a high death toll in the first wave.

Spikes in the number of cases and, as a consequence, regional lockdowns are widely expected in the months ahead. Still, there is determination that one has to learn to live with coroanvirus - a necessity it would seem - given the sobering forecast from the World Health Organisation that the virus will be with us for a very long time.

With strict protocols in place, sport is playing its part in the push to restore normality. And if we can keep Covid-19 suppressed, then competitive action across a number of codes is set to engage us more as we head towards autumn and beyond.

There is much goodwill out there towards Stephen Kenny as he strives for Euro 2020 qualification with the Republic of Ireland. The Tallaght native believes he has the right credentials to take the Irish forward; his belief in the squad he has inherited has many fans dreaming that watching the Boys in Green will be a far more eye-catching going forward.

The Kenny era begins with an away trip to Bulgaria in the Nations League on 3 September. Three days later, Finland are the visitors to the Aviva Stadium. Perhaps it too soon to say whether fans will be attendance - if we keep washing our hands and don't go on any unnecessary foreign trips, then there's a chance that some seats could be occupied. Home and away assignments against the Welsh also form part of Ireland's Nations League campaign.

Yet, in the middle of it all there is a trip to Slovakia for the Euro play-off semi-final on 8 October. A victory there could set up a date with Northern Ireland - assuming they beat Bosnia - in the final on Thursday, 12 November. And what a night that could be in Belfast.

Guiding the fortunes of the North will be Ian Baraclough, after he made the step up from Under-21 boss to land the job as Michael O'Neill's replacement. As manager of Sligo Rovers, Baraclough steered the Bit O'Red to league, FAI Cup and Setanta Cup success during a two-year spell at the club.

In 2014, the Englishman got one over Kenny when Sligo edged Dundalk 1-0 in the Setanta Cup final. Both managers like to play good football and you would think both would fancy a crack off each other in a contest where the stakes are so high

In the Marie Jones play - 'A Night In November' - the events leading up to and the game itself were given full expression as the North took on the Republic in a World Cup qualifier at Windsor Park in 1993. Times were different back then and the atmosphere was toxic. In 2020, the expectation is that the football on the pitch will garner the most headlines.

As for Vera Pauw's Women's side, their quest to make Euro 2021 (now in 2022) remains on track. They have three games left in qualifying, beginning with an away date against group favourites Germany on 19 September.

They then travel to Ukraine on 23 October, before welcoming Germany to Tallaght for the return fixture on 1 December.

At worst, the Irish should make the play-offs.

Change of season down Magnolia Lane

While the Euro 2020 play-off final is in progress, many will have Georgia on their minds as Augusta plays host to the opening round of this year's US Masters. Yes, it's going to be November in the valley of Magnolia Lane.

Tiger Woods is the defending champion. According to the PGA Tour website, Woods has played 12 events that have ended at some point in the month of November. His only win came in 1999 at the World Golf Championships tournament (now the WGC-Mexico Championship) in Valderrama, Spain.

It was the last of four consecutive wins Tiger enjoyed in a year in which he posted nine victories. His last PGA Tour start start in November was at the 2010 WGC-HSBC Champions when he finished tied for sixth.

He's also made 14 worldwide starts in November, with four wins – the last of which was the 2009 Australian Masters. Thus, a combined total of 26 starts with five wins. None of his starts include his Hero World Challenge, which finishes in early December.

If Woods were to make it back-to back wins at Augusta, it would be his first win on American soil in November.

On these shores, much focus will be on Rory McIlroy as he yet again attempts to complete the major set.

The Masters will be the last of this year's majors, following on from the US PGA and US Open in August and September respectively. The Open at Royal St George's has been rescheduled to next July.

It looks like this year's Ryder Cup at Whistling Straits will be postponed, with Europe, captained by Padraig Harrington, having an extra year to prepare for its defence of the trophy.

There is talk that the Dubai Duty Free Irish Open at Mount Juliet could fill the vacant slot - and so take place at the County Kilkenny venue from 24-27 September.

The Guinness Pro14 will resume on Saturday, 22 August - games will be played across four consecutive weekends with the final targeted for Saturday, 12 September

Four-time champions Leinster will face Saracens, and Ulster, the 1999 winners, will meet Toulouse on the weekend of 18/19/20 September with the two semi-finals taking place a week later.

The Champions Cup final is scheduled for Saturday, 17 October.

As for the Six Nations, well the hope remains that it can wrapped up by November at the latest. Ireland still have games against Italy and France to play.

There is also talk of an eight-team tournament before the end of the year, with Japan and Fiji joining the Six Nations sides in a special championship.

If there are no autumn International tours this year, this proposed championship would see two groups of four play games over the weekends of 14/21/28 November, with the final on 5 December.

It's a case of stand by for more details.

All-Ireland football final on the Saturday before Christmas

Hopefully things will have advanced further so that people can be present at games. It's likely that certain venues will be selected to host fixtures. Floodlights will be a requirement as all ties must finish on the day - extra-time and penalties - all part of inter-county combat that will run from October to December. 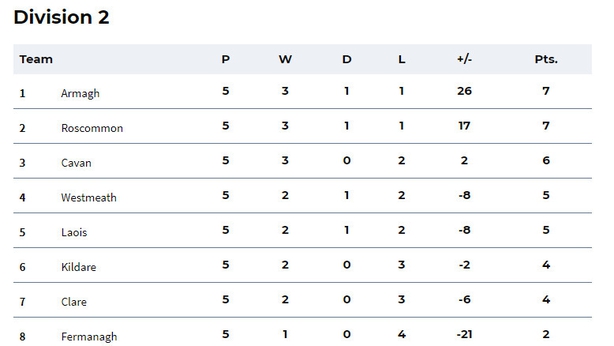 First off, the remaining two rounds of the Allianz Football League will be completed. There is still a lot to play for. Division 2, for example, presents us with many possibilities.

No divisional finals in football, but hurling will see deciders across each section, with the meeting of Limerick-Clare in the Munster championship now doubling as the top-tier finale on the weekend of the 24/25 October.

Donal Óg Cusack and Jackie Tyrrell discuss the impact that some winter weather might have on the 2020 All-Ireland hurling championship #RTEGAA pic.twitter.com/zBt132czAk

The race for the Liam MacCarthy Cup (final on 13 December) does offers a second chance for those who fall at a provincial hurdle. And while the do-or-die element may not there from the off, the aforementioned meeting of Limerick-Clare, with the winner to face Tipp, and the clash of Galway and Wexford in Leinster, should provide more than a few thrills early on.

In football (All-Ireland final on Saturday, 19 December), it's a case of pre-2001. There are no second chances. Poor Westmeath have drawn the short straw in Leinster, with the Dubs their quarter-final opponents. Either Donegal or Tyrone will exit at the same stage in Ulster.

Cork footballers are improving and they'll be gunning to take out Kerry by the banks of the Lee in the Munster semi-final.

Mayo, back-door specialists in recent seasons, will have to be focused for a potential Connacht semi against Roscommon.

With the camogie and women's football championship also down for decision across the final months of the year, it will be a case of games comin' atcha over a condensed period.

Elsewhere, the Airtricity League will resume on 31 July, with a winner to be crowned at the end of October. The FAI Cup will also have a place in the autumn/winter schedule.

The 2020-21 football season across the various league in Europe will start in the middle of September, while the Champions League group stage will be run off in two three-week blocks, beginning on 20 October.

In horse racing, there is talk that the Irish Grand National - shunted from its traditional Easter Monday date - could now take place at the end of November.

And for those who like their darts, much of the Christmas period will no doubt be taken up with the PDC world Championship, which runs from 18 December to 4 January.

Let's hope we can all get to enjoy the above events and more.

A precursor, hopefully, to a sporting year that runs to schedule in 2021. 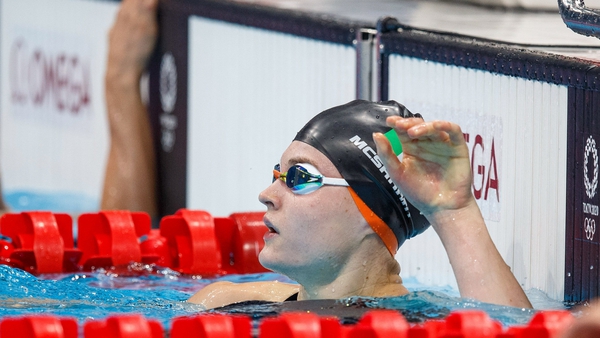