Delighted to get off to winning ways out here in Baku. Through to the last 16 against a tough Italian. Thanks to everyone for well wishes.

Portlaoise's Michael O'Reilly was also a comprehensive winner over  Croation Sanjin Pol Vrgoc in the 75kg division, beating his opponent 3-0.

O'Reilly meets Montenegrin Emir Sabotic in Sunday's (11.15am) round of 16 bout. 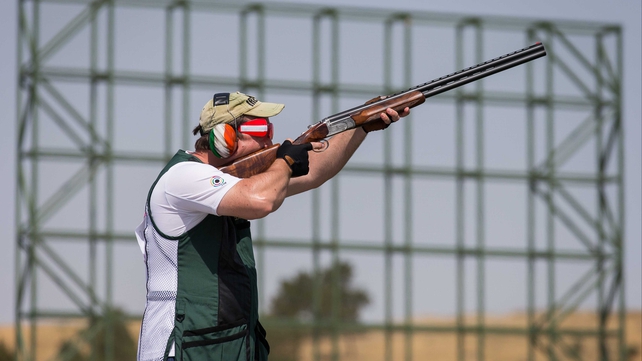 Meanwhile, Ireland's Derek Burnett finished in a tie for eighth of 32 competitors in the men's trap.

Burnett hit 120 of his 125 targets over two days of qualifying but missed out on a place in the semi-finals by two points.