The United States has announced a diplomatic boycott of the 2022 Beijing Winter Olympics citing human rights abuses, but said it will not stop US athletes from competing.

"The Biden administration will not send any diplomatic or official representation to the Beijing 2022 Winter Olympics and Paralympic Games given the PRC's (People's Republic of China) ongoing genocide and crimes against humanity in Xinjiang and other human rights abuses," White House Press Secretary Jen Psaki said.

"The athletes on Team USA have our full support. We will be behind them 100% as we cheer them on from home."

Earlier in the day China said it would take "countermeasures" if necessary.

Those calling for a boycott are "grandstanding" and should stop "so as not to affect the dialogue and cooperation between China and the United States in important areas," said Zhao Lijian, China's foreign ministry spokesman.

"If the US insists in wilfully clinging to its course, China will take resolute countermeasures," he said at a news conference.

US President Joe Biden said last month that he was considering such a diplomatic boycott to protest China's human rights record, including what Washington says is genocide against minority Muslims.

The administration has been under pressure from activists and members of Congress to skip the games. 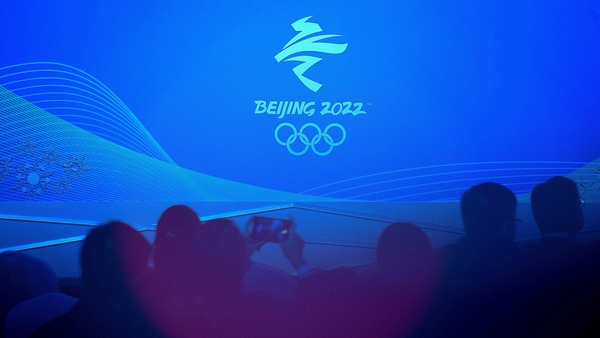