Fionnuala McCormack marked her fourth Olympic Games with a 25th-place finish in the women's marathon while there was disappointment for Aoife Cooke, who failed to make it to the halfway stage.

The race in Sapporo was won with a Kenyan one-two, Peres Jepchirchir upsetting the form guide to get the better of pre-race favourite Brigid Kosgei, with USA's Molly Seidel taking bronze.

She was, however, disappointed not to have finished higher. "It wasn't the result I had hoped for…it was a battle out there today, both physical and mental," she said afterwards.

"Running has broken my heart so many times, so I should probably be used to it, but I still love it so I'll be back again." 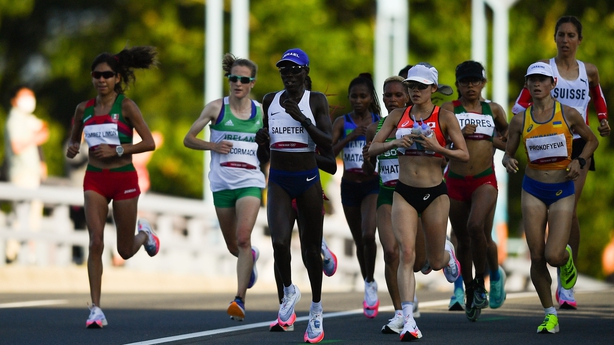 There was Irish representation in the top-10 when Belmullet-born Sinead Diver, representing Australia, crossed the line in a time of 2:31:14.

The 44-year-old, who emigrated to Melbourne in 2002 and only ran her first official marathon in 2014, moved up six positions in the final 7km. 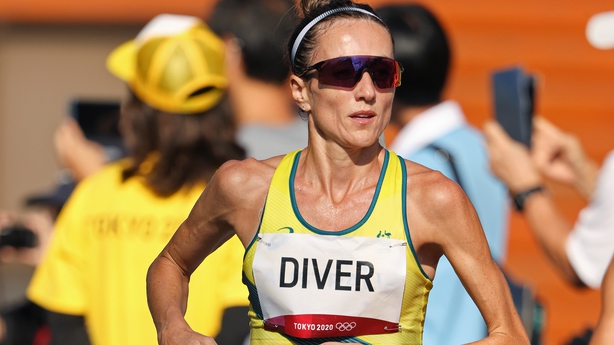 The pace early doors was somewhat reserved for an elite field, with Jepchirchir crossing the 10km marker in a time of 36:16.

Indeed just five seconds separated the top 50 runners, with McCormack positioning herself well, just a second adrift of the leader.

Cooke was among a group that had become a little detached at 10km, 28 seconds down in 70th position. The fourth-fastest Irish female marathon runner of all-time was showing signs of difficulties in the 27 degree heat and was five and a half minutes down at 20km. 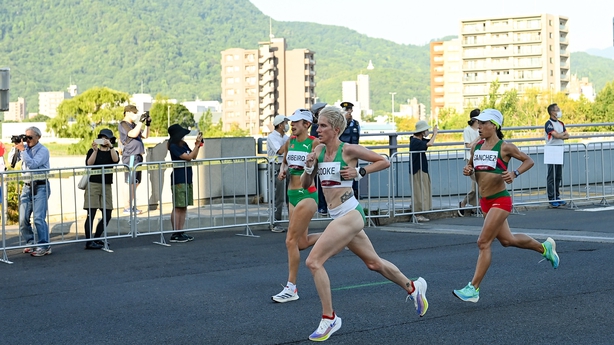 The 2019 Irish title holder, who knocked more than four minutes off her PB back in April, then pulled out before making the halfway point.

At the same stage, her compatriot McCormack was running a controlled race and showing all her experience.

Kosgei, Chemtai Salpeter and Ruth Chepngetich were among the heavy hitters in a group of a dozen at the front, with McCormack 50 seconds down in 26th while keeping within touching distance.

The 36-year-old settled into her rhythm, but those at the front upped the ante. Surprisingly world champion Chepngetich was forced to abandon and on the final 10km loop of the course the field was whittled down to five. 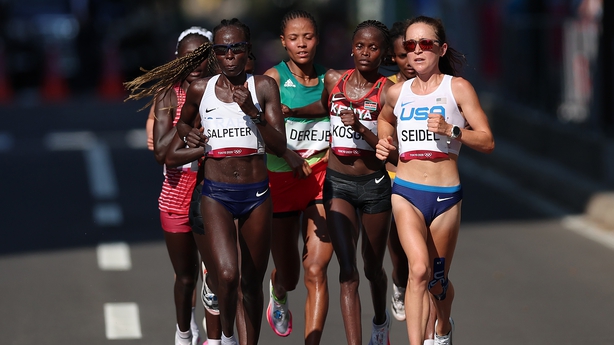 Seidel may have been somewhat of an unexpected presence, and on her shoulder was Kenyan pair Jepchirchir and Kosgei, Israel's Salpeter and Eunice Chumba of Bahrain.

In a gripping final 5km, Salpeter stopped up and the Kenyan pair made a decisive break, with Seidel doing her best to consolidate third.

Jepchirchir then upset the form book to accelerate away from Kosgei with 2km remaining to power home strongly for gold in a winning time of 2:27:20, 16 seconds ahead of Kosgei with the American holding on for third.

"When I was there I said, wow, I'm going to make it. So I pushed the pace because I knew I was going to win," Jepchirchir said.

"I'm so, so happy because we win as Kenya, first and second ... I'm happy, for my family, happy for my country Kenya for supporting us."

Sally Kipyego of the United States, who was with the leader's pack at the midway point but finished more than five minutes off the lead, said the heat was "absolutely" a factor.

"I knew that I was really fit coming in, so that performance is nowhere close to my fitness. I know the heat had to play a role and I just thought I was going to cope better and I didn't," she said.