Crouser was at his imperious best as he retained his title in one of the morning session's three gold-medal events at the Olympic stadium, breaking his own record three times in the final -- only the third person to ever achieve the feat.

"I had solidified the win by the end so I got a little more aggressive and chased that bigger throw and finally connected with it," he said after finishing with a mark of 23.30 metres, a whisker away from his June world record of 23.37.

Parchment delivered one of the biggest shocks in the Tokyo athletics when he defeated world champion Grant Holloway in the hurdles.

Holloway came into the race undefeated since August last year and was the overwhelming favourite. 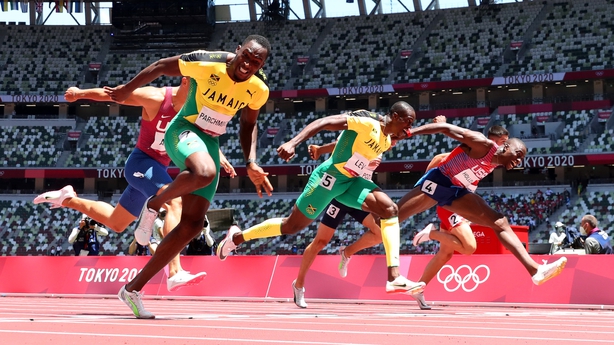 But Parchment, 31, was not intimidated and used a season-best time of 13.04 seconds to propel him to victory, adding a gold medal to his London Olympic bronze.

"Burkina Faso is really happy. Everybody is happy. I think they will throw a great party when I go back," Zango said. 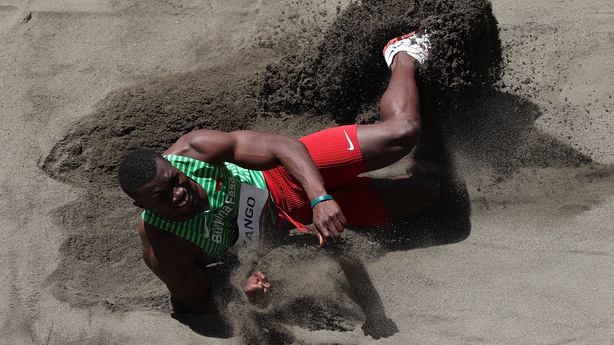 In another shock, the US failed to make the men's 4x100 metres relay final after a ragged run saw them finish sixth in their semi-final, the latest in a dire run of performances in an event they had dominated for decades.

The result prompted Carl Lewis, who helped the US to win two Olympic and three world sprint relay golds, to call the performance an "embarrassment" in a tweet

The USA team did everything wrong in the men's relay. The passing system is wrong, athletes running the wrong legs, and it was clear that there was no leadership. It was a total embarrassment, and completely unacceptable for a USA team to look worse than the AAU kids I saw .

In the other semi-final, Jamaica led the way, ahead of Britain and Japan. Germany and Ghana finished ahead of the Americans to grab the two fastest losers' slots in the final.

Britain's Dina Asher-Smith recovered from her hamstring strain and helped to secure a national record of 41.55 seconds and a place in the women's 4x100 metres relay final as the fastest qualifiers.

"There was never any doubt in my mind that I'd be lining up here today because the relay's really important; we got a bronze medal in Rio," she said. 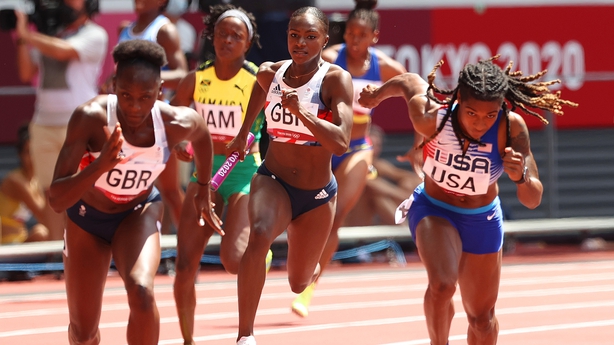 The US and Jamaica, will join them, with the latter likely to gain strength with the introduction of Elaine Thompson-Herah and Shelly-Ann Fraser-Pryce in Friday's final.

Defending Olympic champion Nafi Thiam seized control of the heptathlon with the day's best performance in the javelin and long jump, leaving the Belgian with just the final discipline of the 800 metres to negotiate to claim victory.

Thiam has a 64-point lead over the Netherlands' Anouk Vetter, heading into the seventh event later on Thursday.

In the qualifiers for Saturday's women's high jump final, Nicola McDermott of Australia led the way, followed by Montenegro's Marija Vukovic and Yaroslava Mahuchikh of Ukraine.