The men's high jump gold at the Tokyo Olympic Games was shared between Italy and Qatar in a dramatic conclusion to the competition on Sunday night.

Gianmarco Tamberi and Mutaz Essa Barshim both cleared 2.37 metres and, when neither athlete was able to get over 2.39, they were given the option to share the gold or face a jump-off.

The pair looked more than happy to share the glory, with Tamberi howling in delight and rolling around the track, having missed out on competing in Rio five years ago due to injury.

A special moment for Gianmarco Tamberi of Italy & Qatar's Mutaz Essa Barshim who share gold in the high jump after both men ended on 2.37 metres https://t.co/PLPMJgwRtR #olympics #tokyo2020 #RTESport pic.twitter.com/XXN2QmLHWX

Barshim added gold to the bronze and silver he won in 2012 and 2016 respectively, while Maksim Nedasekau of Belarus took bronze.

The decision to share the medal was overwhelmingly well received on social media.

Team GB athlete Eilish McColgan tweeted: "Such an incredible moment. Two of the nicest people in our sport sharing gold."

Athletics performance coach Steve Magness said on his Twitter account: "The sharing of the Olympic gold from Barshim and Tamberi and emotional outlet right after from both is what it's all about. What a moment in the high jump."

USA Track and Field tweeted: "Love the sportsmanship from Italy and Qatar in the men's high jump final!" 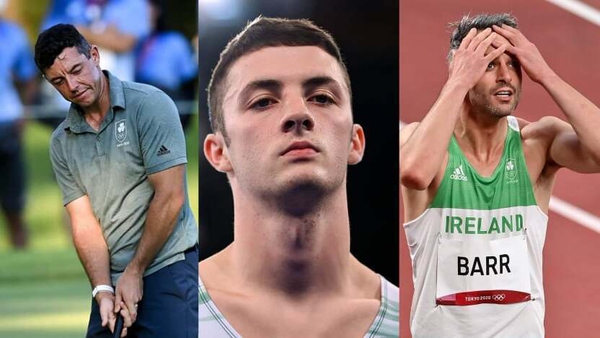