Lamont Marcell Jacobs claimed a stunning upset victory in the Olympic men's 100m final on Sunday, becoming the first Italian to take the most coveted title in athletics and doing it in a European record time of 9.80 seconds.

American Fred Kerley took silver in a personal best 9.84 with Canada's Andre de Grasse repeating his bronze of 2016 in 9.89, also a new best.

Jacobs had fired a warning with a European record of 9.84 in the semis to become the first Italian to make the final. But even in the most open-looking showdown for decades, the man who had never gone under 10 seconds until this year still seemed a long shot to be the first European winner since Briton Linford Christie in 1992.

After Britain's Zharnel Hughes was disqualified for a false start, racheting up the tension, the powerful Jacobs got an explosive start and maintained his form for an incredible win.

"It's been my dream since I was a child," said Jacobs, who was born in the United States but moved to Europe with his Italian mother when he was a month old.

"I need a week or so to understand what has happened. Seeing (compatriot) Gimbo (Tamberi) win the high jump gold (10 minutes earlier) fired me up a lot.

"I've won an Olympic gold after Usain Bolt, it's unbelievable. Tonight, staring at the ceiling perhaps I will realise." 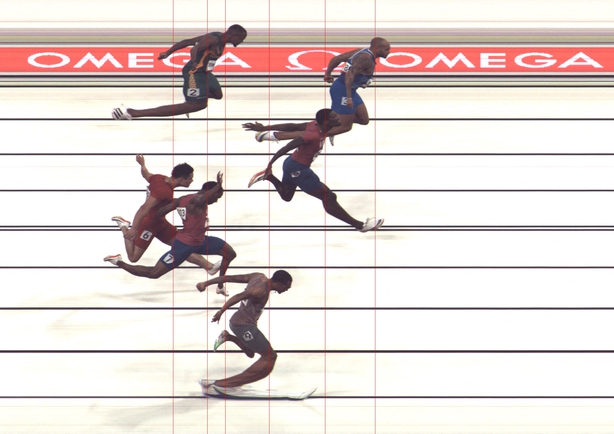 Kerley, hoping to be the first American winner since Justin Gatlin in 2004, ran brilliantly for second, with De Grasse finishing strongly to snatch third ahead South African Akani Simbine, who clocked 9.93.

In the absence of Bolt, who retired in 2017 after a hat-trick of titles, it was always going to be an open race, but it became all the more so after world champion Christian Coleman was banned for an anti-doping violation and American Trayvon Bromell, the world lead and pre-race favourite, failed to make the final.

With former world champion Yohan Blake also falling at the semi-final stage, it was the first time since 2000 that no Jamaican made the final - 24 hours after the country had a completed clean sweep in the women's event.

Su Bingtian won his semi-final in an Asian record 9.83 but was never in the mix and finished sixth in 9.98, behind another American Ronnie Baker.