Ireland's Rhys McClenaghan, who had topped the qualifying standings alongside Chinese Taipei's Chih Kai Lee, suffered huge disappointment in the Olympic pommel horse final as he came off the apparatus early in his routine and finished out of the medals in seventh.

Great Britain's Max Whitlock rose to the occasion once again to successfully defend his title at the Ariake Arena in Tokyo but this was a desperately unfortunate climax to McClenaghan's Games.

Whitlock went first in the eight-man final and posted a score of 15.583 that proved unbeatable, with Lee coming closest on 15.4, and Japan's Kazuma Kaya winning bronze.

McClenaghan's fall meant he scored just 13.100 and finish seventh of the eight finalists, ahead of China's Wei Sun, who also dismounted.

It was a painful end to the Games for the Down native, who only turned 22 last month, but he was defiant in the aftermath, telling RTÉ Sport: "I'll come back a better gymnast, a better man.

"I'm the first Irish gymnast to reach an Olympic final and that means a lot. It didn't go my way. One finger placement is all it took to knock me off the horse."

Rhys McClenaghan says "it didn't go my way" after his seventh-place finish in the #olympics pommel horse final but vows that "this is not the end of the journey".#tokyo2020 #RTESport #gymnastics

Whitlock had swept out the Rio Games with the intention of emulating his Japanese idol Kohei Uchimura and launching a concerted bid to claim the all-around title.

However a pair of disappointing results on the floor convinced him to essentially shift all his focus to his most successful piece of apparatus for the remainder of the Olympic cycle.

Whitlock successfully defended his pommel title in Montreal in 2017, but McClenaghan confirmed his emergence as a major rival the following year, when he won his first major title at the Gold Coast Commonwealth Games. 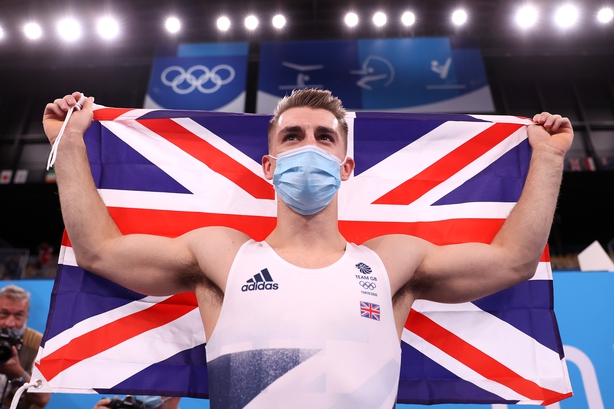 McClenaghan also won the European title in Glasgow, where Whitlock fell, and a tough year for the Briton ended in him narrowly losing his world title to China's Xiao Ruoteng in Qatar.

Undaunted by his apparent dip in form, Whitlock began to feel the benefit of his singular focus the following year, when he regained his world title in Stuttgart.

But the challenge to Whitlock was made plain during qualifying, when a minor mistake saw him qualify in a relatively lowly fifth out of eight finalists, his score of 14.9 comfortably eclipsed by both McClenaghan and Chinese Taipei's Chih Kai Lee, who topped the standings on 15.266.

As so often in his career, the incredibly focused Whitlock provided a nerveless response, setting a standard that none of his rivals were capable of meeting.