Ireland's Olympic quarter-final hopes will go down to the wire as Navneet Kaur’s 57th minute winning goal denied the Green Army what would have been a crucial point at the Oi Stadium.

The deflection from Rani Rampal’s reverse-stick cross finally broke the Irish defences as India eventually took advantage of their large volume of control on the game.

Sean Dancer’s side defended heroically with Ayeisha McFerran producing another slew of brilliant saves, but just as it looked like a vital draw was on the cards, India nicked their winner.

It means Ireland remain in fourth place on three points in the chase for the fourth quarter-final berth, just ahead of India on goal difference.

"Depending on other results now, that quarter final spot is still up for grabs, so we're going to have to park this pretty quick"

The tie was initially delayed for an hour due to a torrential downpour which left the pitch flooded earlier in the day, but the Irish camp was in no mood to look to that as a mitigating factor. 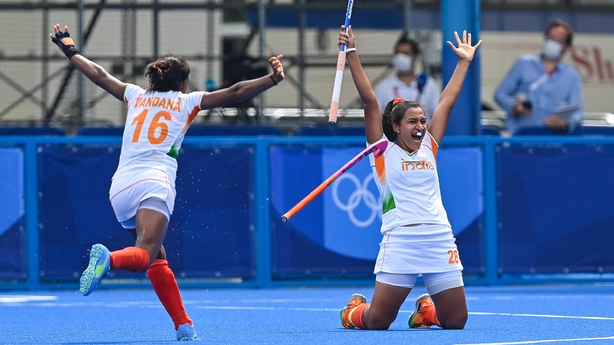 "There’s no excuses for it," said assistant coach Gareth Grundie. "We weren’t at it. They put us on the back foot early and we didn’t really get back into it.

"[It was] disappointing to concede with so little time left but, on the balance of play, we didn’t deserve it. We weren’t good enough today.

"Ayeisha was good; our penalty corner defence was good but you can’t go through 60 minutes, give away that much and expect to get a result. We have to accept that, pick ourselves up and go again tomorrow." 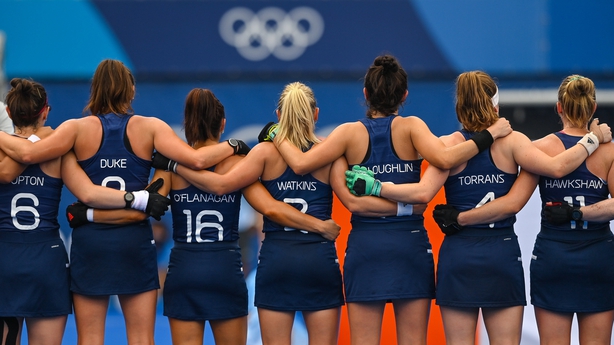 Deirdre Duke - who played her 150th cap - concurred: "That was a game that we needed to win and we didn't so that’s my overwhelming feeling. Quick turnaround tomorrow.

"Depending on other results now, that quarter final spot is still up for grabs, so we’re going to have to park this pretty quick and get ourselves up for a big one tomorrow.

"We win as a team and we lose as a team. We are going to have to regroup and take a look at ourselves individually but it is always a collective effort and we always rally together."

It was a shaky start with Ireland penned back for long periods of the first quarter as India - gunning for revenge for their 2018 World Cup quarter-final elimination - burst into life from the start.

Outstanding penalty corner running from the likes of Sarah Torrans and Katie Mullan charged down the majority of chances from the set piece. Navneet Kaur and Neha both tested Ayeisha McFerran’s pads from play while the Green Army’s big moment was a break-out which ended with Duke seeing her strike well blocked. 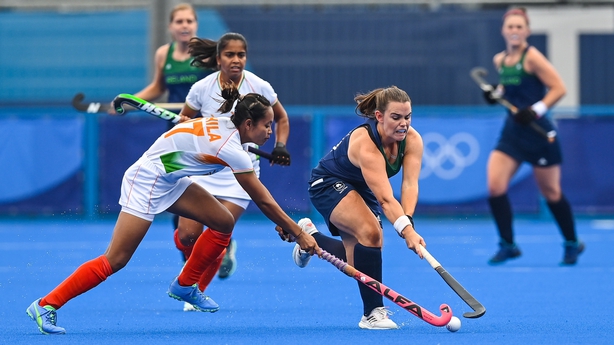 The second quarter saw Ireland grasp a measure of control, picking up a couple of corners and Anna O’Flanagan’s bullet of a shot was excellently padded away by Savita.

A sequence of five more India corners closed out the first half but with no tangible benefit on the scoreboard as McFerran and Róisín Upton batted away the chances.

And they carried that flow of corners into the second half. Navneet Kaur contrived to miss two huge chances, one from their 13th corner when she swept into the outer boarding of the goal, the next a deflection from Lalremsiami’s clever under the arm pass.

As time wore on, with Nicci Daly getting more and more onto the ball, Ireland carved out more meaningful chances. Again, O’Flanagan’s rising shot was saved by Savita and, with five minutes to go, the pair faced-off again, the goalkeeper again doing enough to palm out of reach of the rebounding Duke.

The game was becoming more and more open, though, and India profited from the extra space. Rani was found in the right corner and she worked it back to a nice angle to deliver the killer pass for Navneet to touch home the key touch.