RTÉ swimming analyst Earl McCarthy has hailed the work done by coach Grace Meade and the Marlins club in Ballyshannon in the development of Mona McSharry after the Sligo swimmer qualified for an Olympic final.

Twenty-year-old McSharry finished fourth in her 100m breaststroke semi-final to qualify in eighth overall and become only the second Irish swimmer ever to make an Olympic final.

McSharry's date with destiny is at 3.17am on Tuesday.

The Marlins Swim Club will also be toasting McSharry's achievements. It was there under the tutelage of Grace Meade that the up-and-coming prospect started to realise her potential – a rising graph that saw junior success at European and world level. And now a chance to compete for an Olympic medal.

Reflecting on this feel-good story, McCarthy spoke about a picture he received of McSharry winning her first medal in Mosney at the Community Games and the work done by her coach and the Marlins club to make this happen.

"We always talk about the athlete but behind them is a coach and behind them are the parents and the community," said the 1996 Olympian.

"To take a young girl from the age of 10 winning in Mosney to an Olympic final in less than 10 years is a phenomenal achievement. Ballyshannon is now the most successful pool in Ireland – from Grange in Sligo to Ballyshannon in Donegal – that place must be just pumping.

"Her coach Grace has taken Mona from the age of 10 to an A final. That is a phenomenal story. It should be investigated. What did you do to make this child so fast? What is your formula? There are some answers there. Questions need to be asked. How did you do this out of Ballyshannon? If you can do it out Ballyshannon, can you do it out of other pools?"

Needless to say, Meade was beaming with pride after she watched the talent she nurtured reach the medal race in Tokyo.

"It is just amazing what she has achieved in making the final," she told RTÉ's Morning Ireland.

"She went there with the intention of making a semi-final and hopefully sneaking into a final. It's incredible what she's done and lifted the spirits of everyone. There is a great buzz here around Ballyshannon and in Sligo. It's amazing."

Meade also spoke about the target of Paris 2024.

"She's done great through the juniors. We knew this was coming but we had a plan that 2024 would be our Olympics. I spoke to her this morning and said there's nothing like doing it three years early."

The coach also praised McSharry's composure ahead of the semi-final, while adding what might transpire in the final.

"She's buzzing and is really, really looking forward to the final tonight.

"She looked very comfortable, composed and in control. Once you are in that frame of mind anything can happen.

"If she hits a PB or better, she could make the top four. As I say, put the hand on the wall and see what happens." 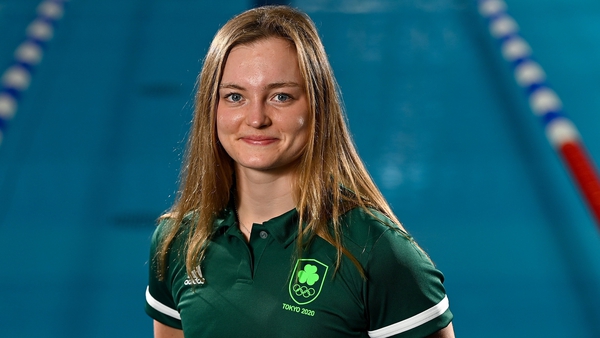