It's the first day of Irish in action at the Olympics in Tokyo with two boats in the water in rowing.

Check out our guide to who is doing what, when and where today.

Television coverage from 1.30am to 3am on RTÉ2 in the early hours of Friday morning.

There are six heats in the single sculls as two-time world champion Sanita Puspure competes.

Puspure is competing in her third Olympics. You can also look out for Katherine Noble. 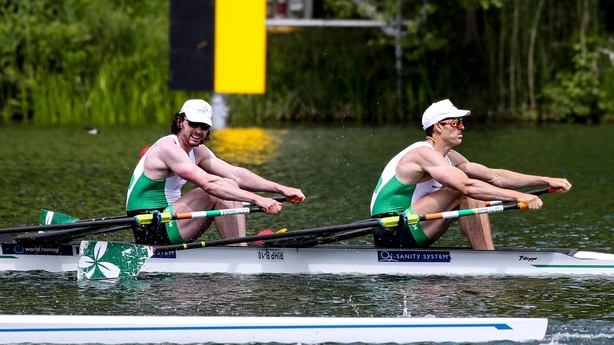 There are two heats in this event with the Irish duo in the second around 2.40am against New Zealand and Switzerland.

They are looking to book a place in Monday's semi-finals.

Boxers Kellie Harrington and Brendan Irvine will be Team Ireland flag bearers for the Olympic Games opening ceremony in Tokyo.

For the first time each country is being asked to have two flag bearers in the parade of nations, one male and one female.

The ceremony, which is behind closed doors, will last three hours and will be broadcast live on RTÉ2 and RTÉ Player.