Top Olympic official John Coates admits that while Japanese sentiment turning against the Tokyo Games was a "concern", he could foresee no scenario under which the sporting showpiece would not go ahead.

Questions have been raised about the viability of staging the Games in July and August with Tokyo in a state of emergency as Japan continues to struggle to contain the Covid-19 pandemic.

Coates, the International Olympic Committee (IOC) point man for the Games as chair of the coordination commission, said he had no doubt that the Games, already postponed by a year because of the pandemic, would proceed as planned.

"The Prime Minister of Japan said that to the President of the United States two or three weeks ago. He continues to say that to the IOC." 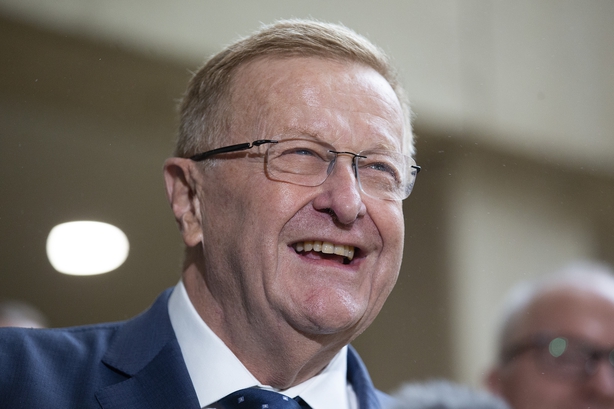 Coates (above) confidence that the "playbook" of health requirements for all participants unveiled by organisers last week was "a guide for a safe and successful Games".

There is growing opposition in Japan towards the Olympics proceeding, however, and more than 230,000 people have signed a petition calling for them to be cancelled.

"That is a concern," Coates added. "I think that there's a correlation between the numbers who are concerned about their safety with the numbers who have been vaccinated in Japan.

"And the numbers are very small, particularly amongst the elderly. And so as the vaccine is rolled out in Japan, I think that will improve."

Coates said it was also important for organisers to relay to the Japanese public the effectiveness of the precautions put in place to protect them, as illustrated by the ongoing Olympic test events in Tokyo.

Coates also hit out at the suggestion that the IOC was ploughing ahead with the Games "at all costs" to fulfill lucrative contracts with broadcasters and sponsors.

"If we were doing that, we would have pushed ahead with them last year. We didn't," he said.

"I don't want these kids to miss the one opportunity they have in their lifetime. We're doing it so these kids can fulfill their dreams."