The International Olympic Committee remains "fully committed" to delivering the Tokyo Games this summer and has pledged support to athletes whose qualification chances have been left uncertain by the postponement or cancellation of competitions.

It comes after Sonia O'Sullivan, who won a silver medal at the Sydney Games, told RTÉ Radio 1's Morning Ireland that tough decisions will have to be made for the sake of athletes.

As the coronavirus causes enormous disruption across the globe, the IOC is this week talking to key stakeholders about the status of the Games.

Having met with sporting federations already, the IOC plans further talks with national Olympic committees, athletes' representatives, the International Paralympic Committee and others in the coming days.

But in a statement released on Tuesday, it said: "The IOC remains fully committed to the Olympic Games Tokyo 2020, and with more than four months to go before the Games there is no need for any drastic decisions at this stage; and any speculation at this moment would be counter-productive.

"The IOC encourages all athletes to continue to prepare for the Olympic Games Tokyo 2020 as best they can."

Japanese Prime Minister Shinzo Abe this week said he had the support of G-7 nations to deliver the Games "as proof that the human race will conquer the new coronavirus".

Communique from the International Olympic Committee (IOC) regarding the Olympic Games Tokyo 2020 https://t.co/EumE9qtROI

The IOC said it would continue to monitor the situation "24/7" in order to safeguard the health of all participants and to safeguard the interests of athletes and of Olympic sport ahead of the Games, which are due to open on 24 July.

Among the countless sporting events which have already been postponed or cancelled due to the outbreak are several Olympic qualifying events, creating significant uncertainty in the final months before the Games.

As it stands, only 57 per cent of the Olympic field has been determined, and the IOC said it was ready to work with international federations to adapt their schedules as necessary, while not ruling out increasing the size of athlete quotas.

"Any increase in athlete quotas will be considered on a case-by-case basis under exceptional circumstances, with the support of the Organising Committee Tokyo 2020," the statement said.

The statement noted that "in some countries, athletes are even finding it hard to continue their regular training schedules."

"The IOC is reassured by the solidarity and flexibility shown by the athletes, the (International Federations) and the (National Olympic Committees), that are managing these challenges across a number of sports," the statement added.

IOC president Thomas Bach said: "The health and well-being of all those involved in the preparations for the Olympic Games Tokyo 2020 is our number-one concern.

"All measures are being taken to safeguard the safety and interests of athletes, coaches and support teams.

"We are an Olympic community; we support one another in good times and in difficult times. This Olympic solidarity defines us as a community." 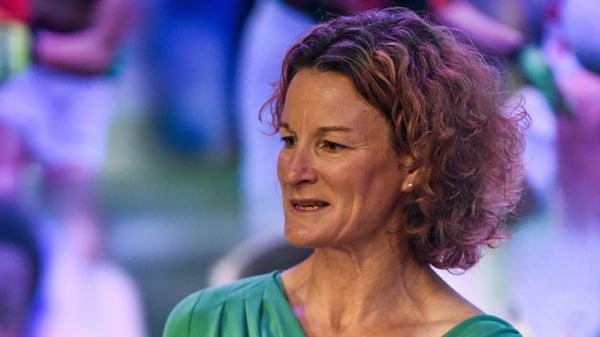 Sonia O'Sullivan calls for Olympics to be rescheduled for 2021