John Treacy believes that the decision to allow a team of 169 Russian athletes to compete at the Winter Olympics under a 'neutral flag' sends the message that bigger countries will get special treatment on doping.

The CEO of Sport Ireland was speaking to RTÉ Sport following the announcement that 28 Russian athletes had won appeals against bans imposed for state-sponsored doping at the 2014 Sochi Winter Olympics.

"It is a blow to clean sport," he said of today's decision by the Court of Arbitation for Sport.

"But the fundamental issue I have is that it looked like the IOC (International Olympic Council) was banning the Russian team in December.

"We welcomed that announcement but then we turn around and all they’ve done is scratched the name off the jersey and put a different name on it.

"There are 160+ athletes from Russia going and I have a difficulty with that. The decision this morning just broke the camel’s back altogether.

"If you’re a powerful nation in the world, there’s a different rule for you. For every clean athlete out there, dedicating their life to sport, they deserve a lot better than that." 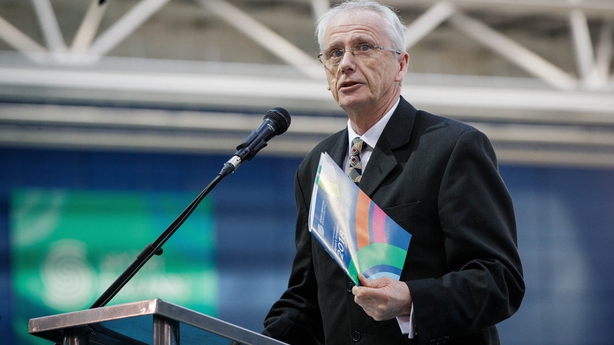 The former Olympic silver medallist, who was announcing maintained levels of funding for sporting national governing bodies and high performance, said that the IOC should not be involved in deciding who was eligible to compete from sanctioned countries and who wasn't.

"What needs to happen here is that WADA are let get on with their business. The IOC need to be nowhere near decisions around anti-doping, that’s what leaders of anti-doping are saying around the world.

"This is an unfortunate situation where we have the IOC making decisions around athletes that have come from a system that hasn’t been clean."

"I don’t think it’s where we want to be today," she told RTÉ. "Everyone is disappointed at the outcome but at the same time, CAS is the final arbitrator on this and there are legal processes around it.

'All they've done is scratched the name off the jersey' - CEO of Sport Ireland John Treacy is not happy with the decision to allow a team of 169 Russian athletes to compete at the Winter Olympics under a 'neutral flag'. pic.twitter.com/gDG3la5LLO

Keane said that she didn't think the athletes who won appeals would be participating in next week's games alongside their compatriots who had demonstrated they were clean.

"My understanding is that the 28 won’t necessarily be invited to compete at Pyeongchang.

"There was a lot of discussion around whether to ban Russia. Do you collectively punish everybody, including potentially clean athletes, because of the digressions of others who are not clean?

"My view is that we have to do the utmost to protect our clean athletes and to show that world sport isn’t just about people cheating. The fight is far from over.

"I do believe that the majority if not all Irish athletes are clean. I think that’s something that we should be celebrating and show our support for our athletes who are doing the right thing."