Earlier this month the International Bobsleigh and Skeleton Federation (IBSF) stripped Sochi of the hosting rights to next year's World Skeleton and Bobsleigh Championships after further damning evidence of state-sponsored doping in the second part of a report by Richard McLaren.

"The IBSF has been informed by the IOC that investigations into alleged anti-doping rule violations in connection with the Olympic Winter Games 2014 in Sochi (RUS) have been opened,” a statement from the IBSF read.

"The IBSF in accordance with the IBSF Anti-Doping Rules, Art. 7.9, therefore provisionally suspends four Russian Skeleton athletes as of 30 December 2016. The athletes and the Russian Bobsleigh Federation have been informed about the provisional suspension accordingly.

"In accordance with the provisions of the World Anti-Doping Code the IBSF is not in the position to communicate the athletes'names before the proceedings have not been concluded."

IBSF president Ivo Ferriani added that he had been assured of the "full support" of the Russian Bobsleigh Federation "to clarify the mater related to the allegations."

Russia won two skeleton medals at the 2014 Games, with Alexandr Tretyakov taking gold in the men's event and Elena Nikitina winning bronze in the women's race. 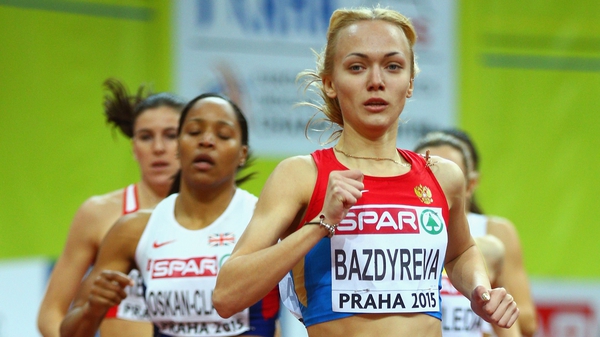