Ireland's women golfers have endured a tough opening day at the Olympic Games in Rio.

Cavan's Leona Maguire is three over par after the first round, with her teammate Stephanie Meadow three shots behind on +6.

Maguire had been in the first group out on the course and birdied the opening hole, but also took seven on the 10th to card a 74.

Thailand's Ariya Jutanugarn, winner of last month's British Open, has set the first round benchmark and is six under par, one shot ahead of South Korea's Inbee Park.

Speaking to RTÉ Sport following her round, Maguire said she wasn't nervous despite being part of the first group of women to play golf at the Olympics in 116 years.

Overall, she said that from tee to green she "played really well" but hopes to "work on her putting" ahead of the second round tomorrow. 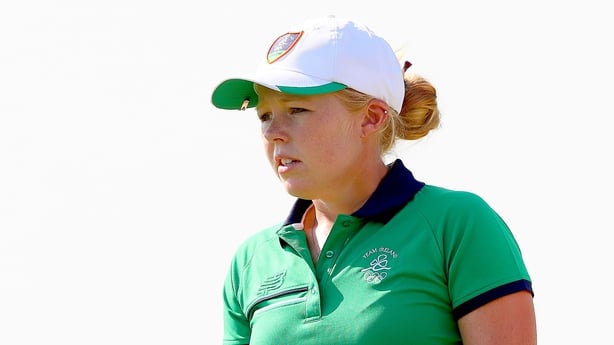 Armagh woman Meadow felt that while she played well on the front nine - she was +1 at the turn - "the back nine was just a disaster".

The University of Alabama student said she may have played too aggressively on the home stretch and that cost her.

With no cut mark to worry about in Olympic golf, both Irish women have three days in which to try close the gap to the early leaders.