A former estate agent, a black belt in judo and the head of the Olympic Council of Ireland for 27 years, Pat Hickey is a canny political operator who has safely navigated crises throughout his career.

Hickey’s route to the upper echelons of sports administration began with judo. His passion for the sport saw him represent Ireland on the international stage, and in 1979 he took his first big step into administration, becoming president of the Irish Judo Association.

Chef de Mission of the Irish Olympic team at the 1988 Games in Seoul, Korea, Hickey was appointed as President of the OCI in 1989, succeeding Desmond O'Sullivan.

In charge of the OCI for close to three decades, Hickey’s time as president has been marked by a series of high profile clashes with Irish politicians, not least former Fine Gael TD Bernard Allen, who in 1999 set up the Irish Sports Council in a direct challenge to Hickey’s power in Irish sport.

Hickey had little time for Allen and in an interview with the Irish Examiner said of the former minister: “Guys like him felt they could run the world. ‘I’m a big minister, you do what I tell you.’ It doesn’t work like that. My constituency is different.”

Hickey has clashed with the Sports Council and several government ministers through the years, mostly over who controls the funding for sport, and he has been involved in a series of rows with Sports Council CEO John Treacy.

His most recent bust-up with a Minister for Sport came only days ago, when, having promised an OCI investigation into the ticket scandal, Hickey rebuffed Shane Ross’ suggestion that an independent member be added to the investigation.

A furious Ross hit out at the behaviour of the OCI and Hickey and said: “I’m absolutely stunned by the reaction. I can’t believe that they will refuse an independent on their inquiry and I am looking very closely at what steps to take next. We’re certainly looking at the prospect of a different inquiry. That has not been ruled out."

Hickey had a different story to tell: "(Mr Ross and I) had a great exchange of views,” he insisted.

Hickey’s sound political instincts have served him well on the European stage, but it was also a case of being in the right place at the right time which saw his ascension to the presidency of the EOC.

As the Irish delegate to the EOC in 1991, Hickey was in situ when the break-up of the USSR saw 15 new countries suddenly join the European organisation.

Ireland happened to be hosting the EOC general assembly that year, which gave Hickey the chance to forge some lasting bonds with the representatives of those new countries.

As he told the Irish Independent in 2013: "Twelve or 14 of those countries had no money, they were destitute nearly, they barely had anything to eat.

”At the time there was a great sports minister in Ireland, Frank Fahey, and he gave us a few bob. So we looked after those people very well and since then those guys have stuck with me solidly. I became very popular in the east of Europe, more so than in the west."

At that same general assembly, Hickey stood for election to the executive board of the EOC and was duly appointed. In the years that followed that fateful assembly, Hickey climbed the ladder until he was appointed to the role of President of the EOC in 2006, standing as the sole candidate.

That position within the EOC, one of the most powerful in the Olympic movement, has given Hickey the freedom to indulge in major projects of his own, the most significant of which was the European Games. 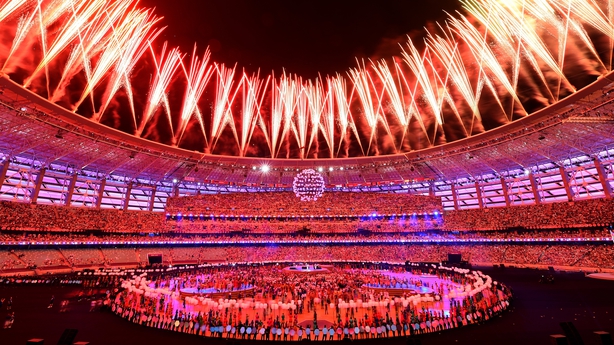 Viewed in hindsight as somewhat of a white elephant, the European Games was very much a passion project for Hickey as he claimed he had given Europe an event to rival the Pan-American games and the Asian Games.

Last year Hickey insisted that the creation of the European Games was his ‘legacy’, but that appears to be falling apart now.

The first edition of the games took place in Baku, Azerbaijan in 2015 but failed to capture public imagination and many of Europe’s top athletes opted to skip it, amid a crowded schedule and criticism over human rights in the country.

Amsterdam was due to host the 2019 European Games but withdrew their offer to host the event, citing costs and a lack of interest in the games. The Russian cities of Sochi and Kazan were touted as options for the 2019 games but there remain huge doubts over its feasibility as an event.

Not only does the current doping scandal surrounding Russia put their suitability to host such an event under the spotlight but Russian Sports Minister Vitaly Mutko claimed in April that the country had no interest in hosting the European Games.

"Russia has never sent an application for the European Games," Mutko said.

When asked whether Russia had any interest in hosting the event, he replied:  "Russia is absolutely busy until 2020."

These obstacles to the European Games will be put firmly in context by his arrest in Brazil.

An interview with the Irish Examiner last year now seems strangely prophetic. Speaking to Kieran Shannon he joked: “I get worried now - no one’s attacking me! I really do! I wake up some days: ‘How come I’m not in the papers anymore?’ They seem to be saying ‘Leave Hickey alone, he’s gone quiet now.’ But I’m more than happy with that.”