Annalise Murphy has won Olympic silver for Ireland following a superb performance in the Laser Radial medal race, where the Dubliner finished in fifth place.

Murphy was briefly leading the Medal Race and had the gold medal in her sights at one stage but Marit Bouwmeester from the Netherlands finished well to secure the gold.

The Medal Race eventually got underway in Rio a day later than originally scheduled as weather conditions improved for sailing on Guanabara Bay.

It proved a fine start for Murphy who set off on what proved to be the optimum course as she quickly found herself inside the top three on the water. 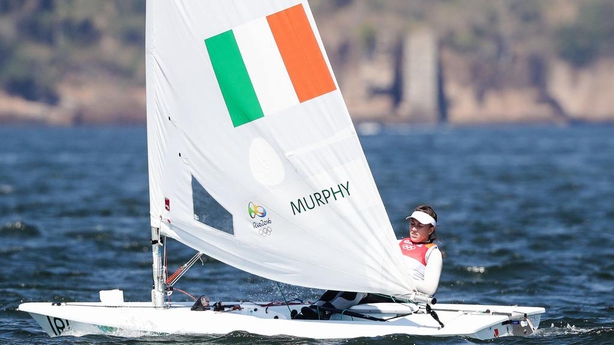 And there was a stroke of good fortune for the Irish sailor early on as nearest rival outside the medal places, Evi Van Acker, incurred an early penalty, which handed Murphy some breathing space and allowed her to look ahead at the gold and silver rather than worry about maintaining her bronze medal position.

Murphy moved into second position at the first marker allowing her to assess her competitors with only Sweden’s Josefin Olsson ahead on the water and not in a position to threaten Murphy on the leaderboard.

Bouwmeester and Rindom appeared to be engaged in their own little duel on the water with as they started the race in gold and silver position respectively, but as Murphy moved towards the second mark, she was already putting pressure on her two rivals for a better place on the podium.

In fact, Murphy found herself in gold medal position as she rounded the third marker with the Dutch sailor languishing in seventh place – Murphy now the requisite five places ahead of her in the double-points race.

Britain’s Alison Young had moved clear at this stage with Murphy in what was now a chasing group of four or five boats as the race moved into the closing stages. 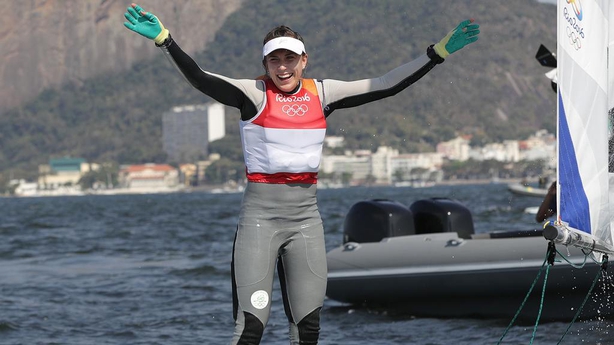 Belgian Van Acker had made a real effort to get herself back into the race and was now threatening to overtake Murphy going into the turn for the final marker.

But Murphy’s line was good and the race for the finish line would assure that silver medal, while not being in a strong enough position to get back to second in the race, which would have secured gold as Bouwmeester finished strongly to take seventh place and the gold.

Murphy crossed the line in fifth to banish those heartbreaking moments from London four years ago where the Dún Laoghaire-based sailor missed out on a medal, finishing fourth overall.

The celebrations began in earnest as Murphy jumped into the Rio waters after securing Ireland’s first sailing medal at the Olympics since 1980, where David Wilkins and James Wilkinson also won silver in the Flying Dutchman class at the Moscow Games.