Thomas Barr stormed into the 400m hurdles semi-finals on Monday - and then revealed he only packed one pair of socks for Rio as he couldn't imagine he'd be staying beyond his heat.

The Waterford man clocked a season's best time of 48.93 seconds to finish behind only Japan's Keisuke Nozawa and secure his place in the semis, which take place in the early hours of Wednesday morning.

He became the first Irish man to reach a 400m hurdles semi-final since Bob Tisdall back in 1932 (Susan Smith reached the women's semis in Atlanta in 1996) but Barr admitted afterwards that he did not see the performance coming..

“I didn’t even pack a second pair of comfortable socks to wear in the spikes because I didn’t think I was going to get any further and I didn’t want to tempt fate!" he told RTÉ Sport.

"I’m going to  have to wash these... Just to get here, to be able to get to an Olympics and call yourself an Olympian is a massive massive achievement.

"Less than 1% in the world can call themselves that. Now I’m through to a semi-final and I’m nearly on a par with where I was last year getting to a semi-final in the World Championships.

"It’s the Olympic Games – it’s literally the stuff of dreams. I’m over the moon. That could have went either way if I’d switched off so I’m delighted."

Thanks for all the support! I've surprised a lot of people includin myself. That's one way to do it anyway! #AbsolutelyBuzzing #Soxforshades

Barr failed to make it past the European Championships semis in Amsterdam last month as he battled to find full fitness after an injury-plagued season.

His disrupted preparation meant he didn't expect to stick around for long in Brazil but he'll go in the third semi-final on Tuesday (at 1.49am Irish time) in lane 4 with the first two in each semi qualifying by right and the next two fastest non-automatic qualifiers.

“To go sub-49 in really my first proper race of the year where I’m actually race fit and ready to go is incredible," he added.

"I’m as much relieved as I am excited and delighted.” 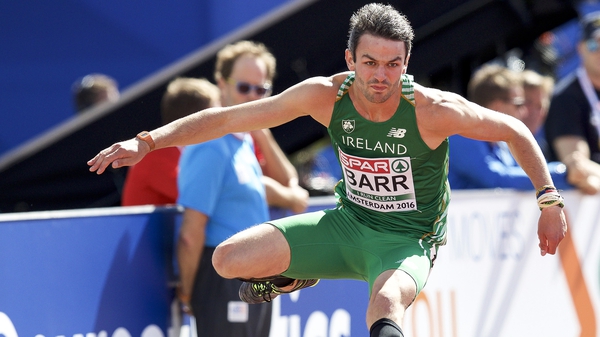