Ciara Mageean’s bid to reach the Olympic 1500m final ended in disappointment after she finished in 11th position in her semi-final in Rio.

The Irish athlete knocked more than three seconds off her time in the previous round, but 4:08.07 was only good enough for 11th place in a race won by Kenya’s Faith Chepngetich Kipyegon.

The Portaferry woman began the race in an assertive manner, positioning herself in second place in the opening lap before settling back into the pack in the second. 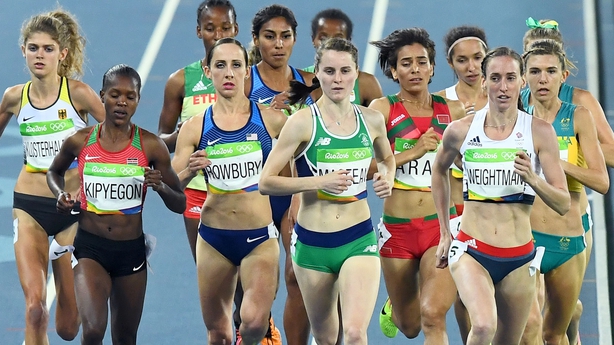 Mageean appeared well placed and was staying out of trouble in the close-knit bunch and as the 12 athletes heard the ring of the bell, and was in a favourable position with the top five finishers qualifying for the final.

However as they moved into the final 200 metres, the 24-year-old struggled with the pace and drifted back the field to cross the line in 11th.

Coach Jerry Kiernan said that while she “didn’t run particularly well”, the Down runner couldn’t be faulted for her commitment.

“She gave it everything, she always does,” he told RTÉ Sport.

“I thought two days ago looking so comfortable in the heats that she would [progress to the final], but clearly she is still tired from the heats.”