Michael Carruth has played down the impact Billy Walsh's absence from the Irish corner has had on the team after Joe Ward became the fourth boxer to head home early from the Rio Games on Wednesday night.

Ward's split decision defeat at the hands of Ecuadorian Carlos Andres Mina came after Paddy Barnes and David Oliver Joyce had early exits and Michael O'Reilly was sent home following his admission that he unintentionally took a supplement that may have contained a prohibited substance.

Walsh stepped down from his role as Head Coach of the Irish High Performance Unit and senior team last October after a contract dispute with the IABA, and amid the soul-searching, his absence has been mooted as a key reason for Ireland's under-performance thus far.

"Didn’t Paddy Barnes once have a quote, ‘Mickey Mouse could do my corner’?" - Michael Carruth

Carruth, whose brother Fergal is the CEO of the Irish Amateur Boxing Association, said ultimately the responsibility lay on the fighters' shoulders, and highlighted the intense competition for glory in Brazil.

“This is the Olympic Games; this is the biggest and best event there is," he said following Ward's defeat.

"We’ve won one male Olympic gold and it was me 24 years ago, and I’m not bragging, but that’s how hard it is.

"We’ve won one female gold with Katie, so they're not easy things won.

"Paddy Barnes missed the weight right, that's why Paddy didn't perform. David Oliver Joyce gave a great account of himself against the second best boxer in the tournament, if not the best boxer.

"Joe Ward didn't perform tonight. He fought the wrong fight. The bottom line is, it’s nothing to do with what coach is in the corner; the boxer has to perform. 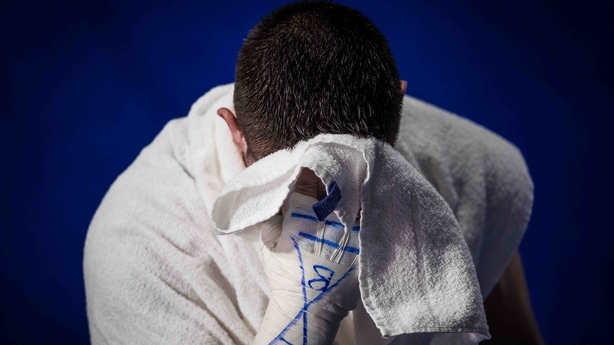 "Didn’t Paddy Barnes once have a quote, ‘Mickey Mouse could do my corner’? Sometimes that’s what the coaches are, they’re there to give you water. Sometimes. But we shouldn't be blaming our high performance coaches here. Our boxers didn't perform."

“I don’t think it’s anything got to do with Billy Walsh," she said.

"I don't think any of the lads’ performances is down to Billy Walsh not being there. They performed the way they perform."

With Michael Conlan and Katie Taylor still to take to the ring, there's every chance Ireland's fighters will still take home a couple of medals.

However Bernard Dunne said the feeling of underachievement was palpable, and Barnes waded into the debate on Twitter by saying Walsh's absence was not a factor in any of the Irish defeats.

“We’ve got our biggest team ever, in terms of going to the Games, which is a fantastic achievement," Dunne commented.

"But there’s no doubt our High Performance team hasn’t performed at these championships so far."

Barnes tweeted: "Anyone that thinks Billy Walsh is the reason for any Irish loss doesn't no anything about Irish amateur boxing and that's a fact!

"Anyways I'm going to sleep, can't believe how Joe Ward and David Oliver Joyce lost when they weren't even on Twitter!!!"