The heads of Baseball and Softball Ireland have welcomed news that a joint bid from the sport is among five to be added to the Olympic Games in Tokyo in four years' time.

The International Olympic Committee to the decision to expand the programme for Tokyo 2020 at a meeting in Rio de Janeiro ahead of this summer's Games - adding baseball/softball, karate, skateboarding, sports climbing and surfing to the sporting showpiece.

In a unanimous vote, the 90 IOC members backed the executive board's recommendation to bring in the five sports, which will add 470 athletes to the Olympic Village and 18 new events in four years' time.

Kavanagh said: “It is fitting that baseball and softball should return to the Olympic programme for Tokyo 2020.

"Not only is baseball the most popular sport in Japan, but these two sports are played in over 140 countries worldwide.

"With the Irish women’s fastpitch softball team improving steadily since their inception last year, and the consistent growth of baseball in Ireland and Europe, a return to the biggest stage of them all is no more than the sports deserve."

The decision is another vote of confidence for IOC president Thomas Bach's "Olympic Agenda 2020" plan to freshen up the Games and keep them relevant for younger audiences. 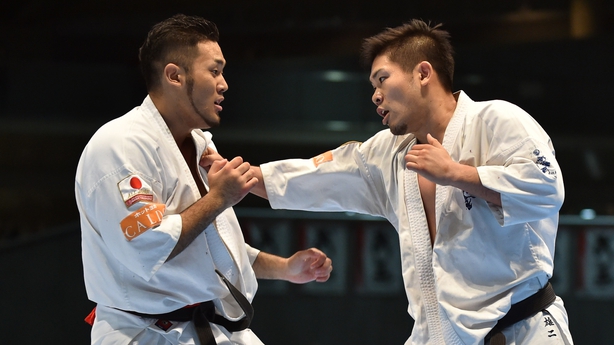 The five sports were proposed by the organising committee of the Tokyo Games and Bach's idea is that all future hosts should be able to suggest their own choices - today's decision only relates to Tokyo and all five could be dropped in 2024.

Whether any of the existing sports will be dropped to accommodate the new arrivals is still to be decided, with a final decision expected in mid-2017.

IOC chiefs have promised the 28 international federations that govern the current sports that their athlete and medal quotas are not under threat but a shake-up of the events they offer is likely.

"We want to take sport to the youth," said Bach.

"With the many options that young people have, we cannot expect any more that they will come automatically to us - we have to go to them.

"Taken together, the five sports are an innovative combination of established and emerging, youth-focused events that are popular in Japan and will add to the legacy of the Tokyo Games."

"Taken together, the five sports are an innovative combination of established and emerging, youth-focused events that are popular in Japan and will add to the legacy of the Tokyo Games."

Tokyo 2020's president Yoshiro Mori said the decision to include the package of new sports was the "chance of a lifetime" for young athletes.

But while the vote was officially unanimous, there were voices of dissent from the floor of the IOC's 129th session, with several members pointing out that baseball's best players are unlikely to attend as the American professional leagues have not agreed to suspend play and few expect them to.

North Korean IOC member Ung Chang said he was worried that this would be a repeat of the "very bad experience" the Olympics had had with golf, which was added to the Rio programme but has been ruined by star names pulling out.

And veteran IOC man Dick Pound said he was "very disappointed" that squash had not been considered as it "meets everything we'd like in an Olympic sport".

There are also worries about the fact skateboarding currently has no recognised international federation and will be organised by the IOC and Tokyo 2020, and karate is a broad church, with no clear agreement on how the competition will be run.

Other members highlighted surfing's dependence on the weather and wondered what venue skateboarding would require.

But Italy's Franco Carraro, the head of the IOC's Olympic Programme Commission, believes the introduction of youth-friendly sports like climbing, skateboarding and surfing could provide the same boost in terms of television audiences that snowboarding brought to the Winter Games.

"This is a game-changing moment for surfing," Aguerre added.

"We are especially stoked for the athletes who now have their own dream to shoot for - to compete for their countries on the greatest sporting stage."