Padraig Harrington, Seamus Power and Leona Maguire have been confirmed as Ireland’s golfing representatives at the Rio Olympic Games next month.

The men’s golf field has been decimated by the withdrawals of all of the world’s top players, including Ireland’s world number four Rory McIlroy.

McIlroy was followed by 25th ranked Shane Lowry and 57 Graeme McDowell. McDowell said he wanted to be close to his pregnant wife, though the others all said fears over contracting the Zika virus was behind their withdrawal.

This left Harrington (149) and Waterford’s Seamus Power (290) to represent the country. Maguire is Ireland’s top ranked women’s player at 353 in the world.

The Olympic Council of Ireland (OCI) and The Confederation of Golf in Ireland (CGI) confirmed their selection in a Thursday statement.

“We are fortunate to have a three time major champion and global star in Pádraig Harrington - a man who played an active role in golf’s bid to be re-included in the Olympic Games programme,” said Team Ireland 2016 Chef de Mission Kevin Kilty.

“It’s also the first time that Irish golfers will compete at the Olympics, so it’s an exciting time for the team.”

The Olympic golf competition will consist of 60 players on both the men’s (11-14 August) and women’s (17-20 August) side, competing in a 72-hole stroke play competition to decide the winners of the gold, silver and bronze medals.

Golf fought hard to be reintroduced into the Olympics and gained readmission to the summer games for Rio and Tokyo 2020.

However, the decision of so many top men to turn their backs on sports biggest show mean that it’s Olympic future remains in doubt. 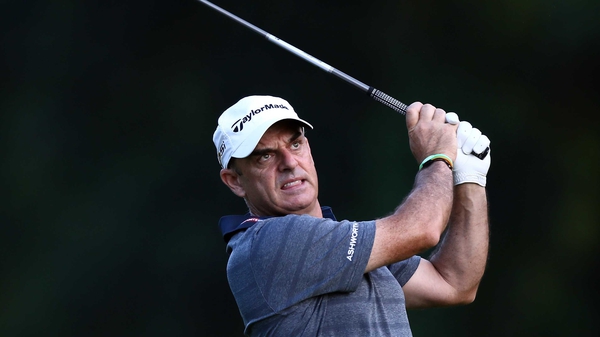