Rory McIlroy believes the spate of withdrawals from this summer's Olympics is not embarrassing for golf because the Games do not represent the "pinnacle" of the sport.

McIlroy, who is due to marry fiancee Erica Stoll next year, opted out of representing Ireland in Rio after citing his concerns over the Zika virus, a mosquito-borne virus which has been linked to defects in newborn babies and Guillain-Barre, a rare neurological syndrome that causes temporary paralysis in adults.

Graeme McDowell also made himself unavailable as his wife is due to give birth to their second child during the Games.

Speaking ahead of the French Open at Le Golf National, McIlroy was coincidentally forced to bat away an insect as he answered the first of several questions on the topic, including whether the number of withdrawals meant golf should not have returned to the Games for the first time since 1904.

"I think that's not for me to say," the four-time major winner said. "I wasn't a part of the process. The R&A and some of the other bodies that run our sport thought it was a great idea, and obviously it is, to try and get golf into different markets, and the Olympics is obviously a great platform to do that.

"I've said to people I have four Olympic Games (major championships) a year. That's my pinnacle. That's what I play for. That's what I'll be remembered for.

"Most other athletes dream their whole lives of competing in the Olympics, winning an Olympic Gold, and we haven't."

"Some people argue that it would have been better to send amateurs there, but the whole reason that golf is in the Olympics is because they wanted the best players to go and compete. But unfortunately with where it is this year, people just aren't comfortable going down there and putting themselves or their family at risk.

"I'd say if the Olympic Games were in most other cities or most other countries in the world this year, you wouldn't find as many people not wanting to go and participate.

"I don't think it's embarrassing for the game because most other athletes dream their whole lives of competing in the Olympics, winning an Olympic Gold, and we haven't. We dream of winning Claret Jugs and we dream of winning green jackets. Whether that makes golf look insular in any way... it's just the way it is."

The 27-year-old also said he did not want to let down Ireland's golf captain Paul McGinley, whom he spoke to before announcing his withdrawal.

"That was probably one of the toughest phone calls I've had to make, because we've talked about it so much," 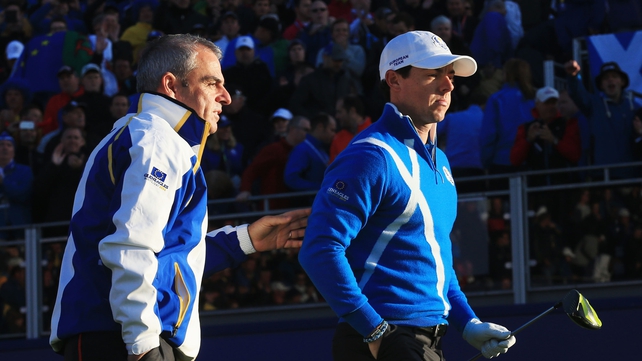 McIlroy added. "We've done so much work, got accommodation, got security down there, got a chef in, got everything planned out. I got my jabs; I had two dead shoulders for about four days.

"But then at the end of the day, if I'm not 100 per cent comfortable going down there, I just don't want to put it at risk. There's another Olympic Games in Tokyo in 2020 and I'm more than happy to wait until then to get that Olympic experience."

Asked why none of the top female golfers had withdrawn despite the risks posed by Zika, McIlroy added: "I guess some of the top women golfers might not have plans to have children in the next six months to a year. You've got Shane (Lowry) who has just got married. Jason Day has a young family. I'm getting married next year.

"I think you can't really compare apples-to-apples because we're just in a different position than they are. I'd say 90 per cent of the athletes going to the Olympics are single and have no plans to start a family in the near future, whereas there are some golfers that are in that position and in that scenario."

World number two Jordan Spieth said on Tuesday he was "uncertain" about playing in Rio, adding: "I've heard some stories on both sides about the security threats that Brazil and Rio have.

"Transportation is a big security issue down there, how to get from one place to another with the different kind of violence that we don't see here.

"I'm going to get answers soon on how we plan to be secured down there. This is a personal safety decision which is going to outweigh any pressure that we feel (to compete)."

Irish Olympic gold medalist Katie Taylor was among those criticising the decision of the golfers to walk away from Rio.

In a tweet, Taylor asked if they would have come up with another excuse if it hadn't been for the zika virus.

Another one bites the dust. I wonder what excuse the golfers would of made if there was no virus.  https://t.co/z5GUgQVEc2

In contrast, Germany's Martin Kaymer is keen to compete in Rio and compared the Games to the Ryder Cup, only "a lot bigger."

"The Ryder Cup is a lot of passion and a lot of heart, but if you play for your country and you see the people from your country getting prepared for the Olympic Games, for their moment, that they prepared for four years... that's super inspiring," the two-time major winner said.

"In a selfish way, I'm happy that they pulled out if it makes it easier for me to become a gold medal winner. But if you see the bigger picture , if no one goes this year and very little go in four years, I think the chances that we are going to compete (in 2024), it's going to be slimmer."