Swim Ireland have confirmed a team of four to compete at this summer's Rio Olympics.

The squad are all first-time Olympians, with Fiona Doyle, Shane Ryan and Nicholas Quinn set to represent Ireland in the pool and Oliver Dingley in diving.

Fiona Doyle reached the FINA A Qualifying Standard for the Games when she won Bronze in the 100m Breaststroke at the World University Games in South Korea last July.

Shane Ryan will race in the 100m Backstroke after qualifying in Bangor in March, Nicholas Quinn qualified in the 200m Breaststroke at the Eindhoven Swim Cup in April where he won a gold medal and set a new championship record.

Dingley is Ireland’s first Olympic diver in almost 70 years, having placed 11th in the preliminary round at the Diving World Cup in Rio de Janeiro in February.

Doyle, Ryan and Quinn are now back in their home training bases after a two-week training camp in Barcelona and will travel to Uberlandia, the Ireland training base for the Games, on 25 July for another fortnight of preparations ahead of the Games.

Dingley will compete at the Italian National Diving Championships next week and then the FINA (International Aquatics Federation) Diving Grand Prix in Bolzano, Italy from 15-17 July before heading to Brazil.

Swim Ireland High Performance Director Peter Banks said: “Ireland can be very proud of this group of athletes going to Rio. They have worked extremely hard to achieve this goal and I know they all have high expectations on themselves going into the Games to represent Ireland to the highest possible level.” 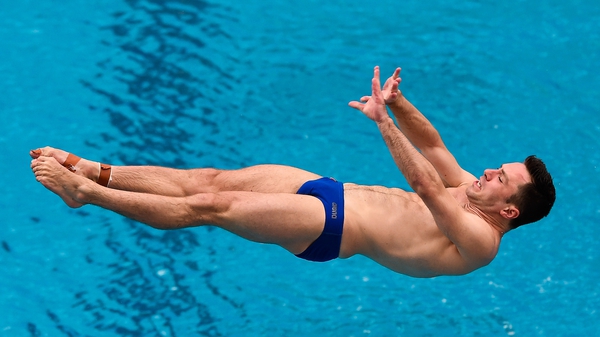 Another top-ten placing for Oliver Dingley at the European Championships