RTÉ Sport has secured exclusive free-to-air television and multi-platform broadcast rights for the Tokyo 2020 Olympic Games after reaching an agreement with Discovery Communications.

Under the agreement RTÉ will sub-licence the exclusive free-to-air broadcast rights from Discovery Communications including the linear TV channel and non-exclusive radio rights, continuing the public broadcaster’s history of Olympic Games coverage.

The RTÉ package includes digital rights to the content it broadcasts on its linear channel.

RTÉ’s PyeongChang 2018 coverage will offer more free-to-air access than during the Sochi 2014 Olympic Winter Games, with live coverage of the Opening and Closing ceremonies and daily highlights packages to be broadcast on RTÉ 2, via digital simulcast, and catch-up TV services.

“As has been proven over the last 12 months, the international sports right market is extremely competitive,” RTÉ's Group Head of Sport Ryle Nugent said.

“To secure such a prestigious event as the Olympic Games across all platforms is a clear signal of RTÉ's commitment to securing free-to-air rights for Irish audiences and prioritising Irish teams on the international stage."

Susanna Dinnage, EVP & MD Discovery Networks UK and Ireland, said the partnership is an exciting one for sports fans.

“The deal between Discovery and RTÉ delivers multichannel, multiplatform access to the best of the Olympic Games action, guaranteeing the widest possible audience for the world’s greatest sports event,” she said.

“Our partnership with RTÉ is a win for every fan following Team Ireland in PyeongChang and Tokyo. Our objective is to engage and entertain local audiences with an exceptional Olympic Games experience, working with the finest national partners such as RTÉ.” 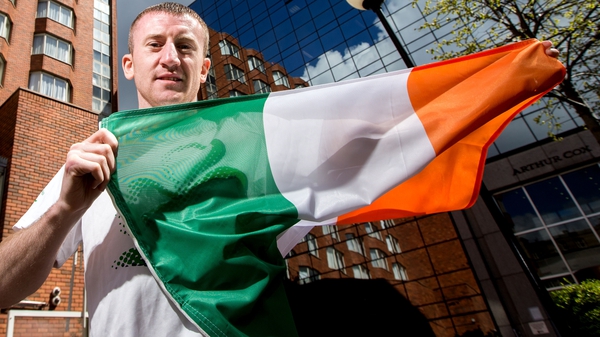 AIBA clears the way for professional boxers in Rio