RTÉ is to significantly increase its coverage of the Paralympics, with a live television show, sponsored by Allianz Ireland, to be broadcast during primetime every night on RTÉ 2.

Four concurrent live streams are also to be made available on RTÉ.ie throughout the 10 days of the Rio 2016 Paralympic Games.

RTÉ will broadcast over 30 hours of live and highlight coverage of the Rio 2016 Paralympic Games, representing a seven-fold increase on its coverage of the Games in 2012.

The live programme will feature reports from Rio and live events as they happen.

Comprehensive coverage of the Irish team in action will be reported on across RTÉ television, radio and online news, with reporters Evanne Ni Chuilinn, Darren Frehill, Adrian Eames and Cian McCormack live on the ground in Rio.

"RTÉ is delighted to partner with Paralympics Ireland and Allianz to offer comprehensive coverage of the Irish team in action at the Rio 2016 Paralympic Games,” said RTÉ's Group Head of Sport Ryle Nugent.

“Our athletes have proven that they are world class and RTÉ is proud to bring these games to the Irish audience."

“We’ve been working closely with RTÉ for the past three years in order to finalise the broadcasting of the 2016 Rio Paralympic Games and we are delighted to support their announcement, which will see them providing live coverage of Paralympic sport for the first time, allowing sports fans in Ireland to see Irish Paralympians chase success at the Games this September.”

“We are also thrilled to see that London 2012 gold medallist Mark Rohan is part of the RTÉ’s panel, alongside Joanne Cantwell in studio, with the talented Darren Frehill reporting on the ground in Rio.

“I would also particularly like to thank Allianz Ireland, who have once again demonstrated their incredible commitment to Paralympic Sport by sponsoring RTÉ’s Rio coverage.”

Allianz's Anthony Shannon said: “Allianz is delighted with RTÉ’s announcement that they will broadcast live coverage of the Rio Paralympic Games and we are very pleased to be their title sponsor.

“Allianz is committed both globally and locally to Paralympic sport.  We believe that live broadcast of the games is essential if people are to fully understand the considerable achievements of our elite athletes as they compete internationally on all our behalves against the very best in the world.” 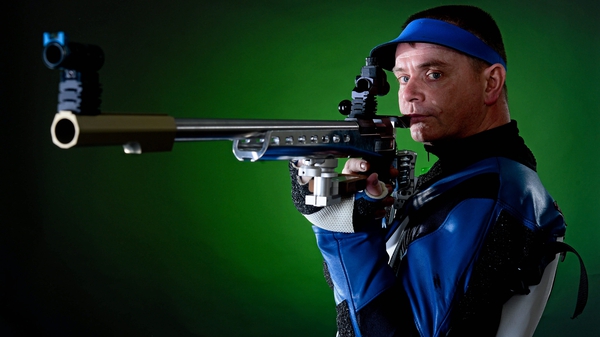