The inaugural European Games has been approved this Saturday by the European Olympic Committees, with Baku, Azerbaijan, to host the first Games in 2015.

The secret ballot of the EOC ends several years of debate, with the motion passing with 38 in favor, eight against and three abstaining.

Baku was the only candidate city to host the first Games, which will take place every four years in the year preceding an Olympic Games. The vote was passed at the two-day EOC assembly in Rome.

Answer to other continental Games

EOC president, Irish man Pat Hickey, had championed the concept of a European Games over the last number of years and had been integral in the motion gathering pace.

The European Games is seen as an answer to other Games which  are currently in place on other continents, including the Asian Games and the Pan-American Games.

However, the inclusion of the Olympics' two blue riband sports, athletics and swimming, has not yet been confirmed.

Archery, badminton, boxing, canoeing, fencing, handball, judo, rugby sevens, shooting, taekwondo, table tennis, triathlon and volleyball are all in the running to be included in the calendar for Baku 2015; the EOC and the European Union of Gymnastics are still discussing the concept, and the sport may be included.

EOC president Pat Hickey said: "These first games will be very much a trial and test run for a huge event in 2019.

"My idea is that this would become a qualifier for the Olympic Games in 2020 for certain sports. We have to negotiate with certain federations." 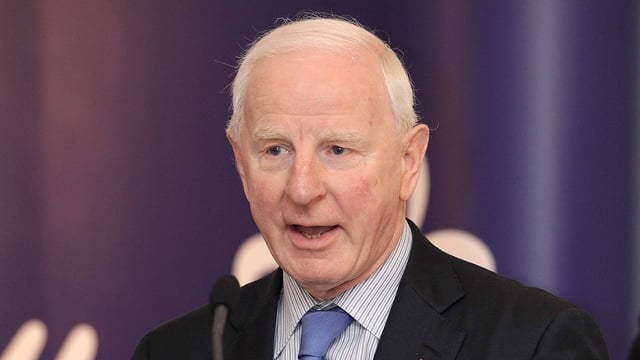 Athletics and swimming may not be included

Part of the problem with athletics and swimming being included in Baku 2015 is that both sports have World Championships planned for the same year. The athletics worlds will be in Beijing in August, with the swimming worlds in Kazan in July.

Athletics, at present, seems unlikely to be included, with European Athletics stating the sport will not be involved in 2015. However, the body hinted at possible inclusion at future Games.

A statement by European Athletics read: "2015 is for us not possible as we already have contractual obligations to honour.

"Nowadays, though, the future is requesting a strong coordination between sports bodies and other parties such as television, for example, in order to be successful.

"If this coordination can be achieved, then European Athletics is open to looking to such solutions."

Swimming may yet be included in the inaugural Games, with European swimming federation (LEN) President Paolo Barelli saying: "We're open to looking at our options and we don't want to say 'No' before the fact, but the calendar is already packed and 2015 is around the corner."

European athletics and swimming championships will both be held in 2014, which seems to be a further stumbling block to participation in the European Games.