Billy Twomey and Cian O'Connor both qualified for the next round of the Olympic show jumping competition, with O'Connor going clear and Twomey picking up four faults.

O'Connor was third-last to jump with Blue Loyd and produced a textbook round. Twomey, aboard Tinka's Serenade were going well until the planks came down towards near the end.

The second round takes place on Sunday, starting at 11 am, and will feature 60 riders.

A total of 32 riders of the 75 starters finished on a clear round, with eight picking up a single time fault and 11 incurring four faults.

The remainder had penalty scores ranging from five to 22. The tough course also produced four eliminations, including top US rider Beezie Madden with Via Volo.

There are two more days of competition to face before Wednesday's two-round final, where the top 35 will compete, and with just the 20 best horse-and-rider combinations going into the last round to do battle for Olympic medals.

Anna Merveldt has narrowly missed out on qualifying for the Grand Prix Special in the Olympic Dressage at Greenwich Park.

Thirty-two riders qualified for the Grand Prix Special from the 50 starters but Merveldt ended up 33rd.

Because of new team qualification rules, two riders with scores below her went through, together with the top 11 individuals.

However, Merveldt and Coryolano, being in 14th place in the individual classification, would need two riders above her to drop out before the Grand Prix Special on Tuesday.

Merveldt said: "It is heartbreaking to miss out so narrowly but I was proud of how we performed yesterday but the margins are so tight at this level.

"We were a little unfortunate that we had to do our warm up and test during a hail storm but in fairness the horse never faltered," she said. 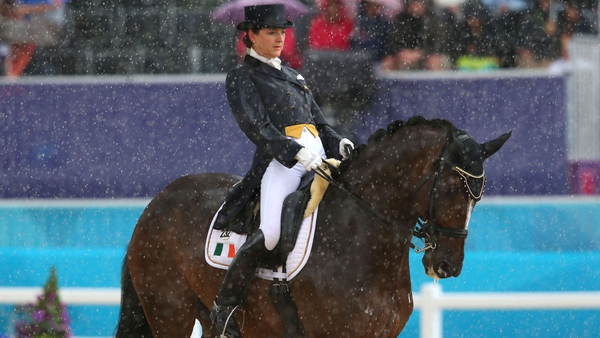