Albanian weightlifter Hysen Pulaku became the first athlete to be ejected from the London 2012 Olympics after testing positive for an anabolic steroid, the International Olympic Committee said on Saturday.

The 19-year-old, who was due to compete in the men's 77kg class, joins a string of athletes who were banned for doping violations before the start of the Olympics.

He now faces a possible two-year sanction by the international weightlifting federation.

Pulaku tested positive on 23 July for Stanozolol - a relatively cheap and easy-to-detect drug which, like other anabolic steroids, is designed to mimic the effects of the male sex hormones testosterone and dihydrotestosterone.

Higher levels of testosterone cause anabolic changes in the body, including an increased rate of protein synthesis.

The drug was detected in Pulaku's urine sample. His personal coach and uncle, Sami Pulaku, said neither he or Pulaku denied the presence of the steroid and that the decision would not be contested.

"Of course it is always a sad day when a cheating athlete is caught," said IOC spokesman Mark Adams. "I hope there will not be more."

It was the same steroid that saw Greece's world indoor high jump champion Dimitris Chondrokoukis withdraw from the Games on Thursday after a positive test for the drug which Canadian sprinter Ben Johnson used before the 1988 Seoul Games.

Johnson was sent home in disgrace after metabolites of the anabolic steroid were found in his urine sample following his victory over Carl Lewis in the 100 metres final in world record time.

Pulaku is the latest in a long line of weightlifters to have tested positive for drugs in Olympic Games with the sport having been tarnished by its doping history.

The IOC had urged federations and national anti-doping agencies to up pre-Games testing to avoid any cases during the 27 July - 12 Aug sporting festival.

"We do target the key sports and the key athletes and I am entirely comfortable that we have done that," said Adams.

Since the start of the Olympic period the IOC has conducted 1001 drugs tests, of which 715 are urine and 286 blood tests.

Hungarian discus thrower Zoltan Kovago, a silver medallist at the 2004 Athens Games, will also miss the Olympics after the Court of Arbitration for Sport said on Thursday he had failed to provide a sample when requested.

Moroccan 1,500 metres runner Mariem Alaoui Selsouli will miss the Games after a positive test for a banned diuretic. Nine track and field athletes were also banned for doping violations on Wednesday. 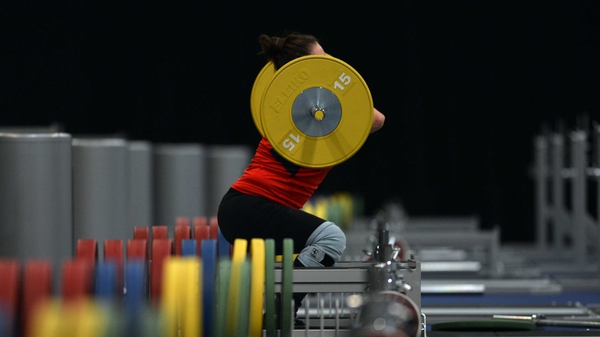