Nearly there: less than four weeks to go now until the Olympic marathon.

Since I last blogged I’ve had a pretty busy time training, competing and dealing with all the madness that surrounds the Olympics. I had completely forgotten how much hype there is.

Competing in a minority sport, and having never been to an Olympics before, means that doing interviews and photo shoots were fairly alien to me.

Over the last six weeks there were times when I felt barely a day went by without doing one. I’ve tried to enjoy it as much as possible, I’m well aware that the Olympics may be - although hopefully not - a once in a lifetime experience and I didn’t want to shut myself away from it. 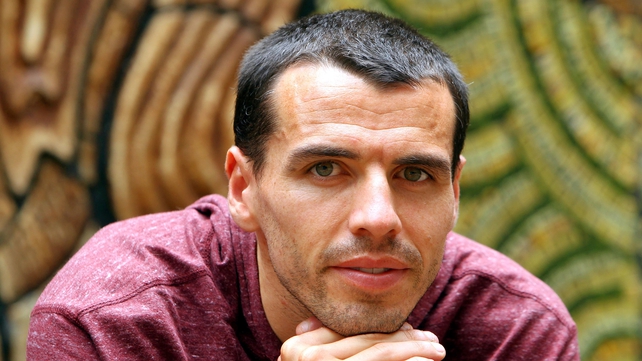 I know some athletes completely stay away from it, but that’s not really my nature. I don’t mind doing those things, to be honest it creates a little bit of excitement for me, and distracts from the grind of training. At this point, though, I head off to camp next week, and in there I will be solely focused on the training and the race at hand.

This last period has been the heaviest block of training for me. It’s been high miles, long workouts and plenty of feeling tired.

I’ve backed off from work quite a bit, I’ve probably only done 8-10 hours/week over the last month, just because I’ve been tired a lot from what is my most consistent, and best marathon build up to date.

"I’ve done a lot of work around marathon pace, making it feel as comfortable as possible, but we try to do that work on tired legs to replicate what it’s going to feel like over the closing miles"

I’ve done a lot of work around marathon pace, making it feel as comfortable as possible, but we try to do that work on tired legs to replicate what it’s going to feel like over the closing miles.

This means either runs of 12-16 miles at marathon pace or slightly faster, or else finishing long runs of 22-25 miles fast. This deadens the legs quite a bit, as I found out over in Helsinki at the European Championships.

We had decided to do this race because the date fell nicely in the training block, and also having run a good 10,000m at the end of May I was hopeful I could improve again.

Unfortunately it didn’t turn out that way. What I found out is that big miles and long sessions make you very good at maintaining fast paces for a long time, but it doesn’t prepare you for a track race where a Kenyan running for Turkey is surging and slowing over and over.

My performance was ok, I think I could have run faster in a steadier paced race. but I can’t control other people so I just tried to take the fact that I felt strong and ran pretty even splits as positive signs for my marathon, and moved on.

Next time I run a 10,000m in a championship, though, I’ll have prepared specifically for it. Frustrated wasn’t the word. 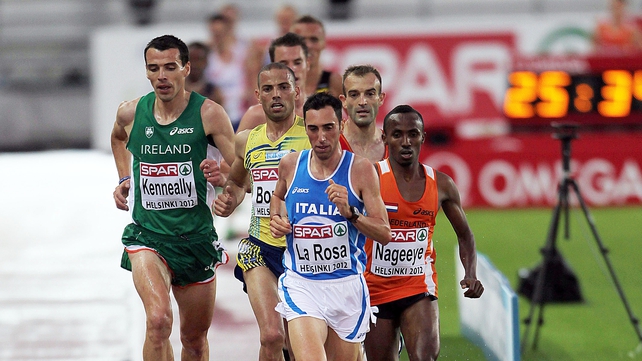 Since Helsinki I’ve put together another good block of training, including a 25km race simulation, practicing drinks and pacing, under the supervision of Caroline McManus, physiologist from the Institute of Sport, all of which has gone well, and which suggests that my race plan is grounded in some sense. There was some drama, however, during the 25km.

I was doing it on a 4.5km loop in the Phoenix Park, one which I’m very familiar with and usually enjoy.

On the last lap, within a km of finishing, I came around a corner and started onto a straight piece of road when a car that was coming toward me sort of came to a stop very near the edge of the road leaving me no room to go anywhere.

I managed to slip on the grass verge and came down giving my head a bit of a slap off the ground.

I immediately jumped up and was on my way to finishing my workout, despite the calls of the driver and passenger of the car letting me know I had a bump on my head.

Sorry to them if I seemed a bit grumpy, but I needed to get my training finished.

"Anyway, it must have looked pretty bad to Caroline when I finished, my white t-shirt covered in blood and a bump and bloodstains on my head"

Anyway, it must have looked pretty bad to Caroline when I finished, my white t-shirt covered in blood and a bump and bloodstains on my head.

I ended up with a couple of stitches, but no major problems, not even a headache. The benefit of having a hard head.

I will spend most of the next few weeks in a holding camp in London, waiting for my event on the last day.

I’m only going into the Village around the opening ceremony for two days and then the night before my race. All the rest of the time I’ll be in camp, putting the finishing touches on preparation.

There’s not too much I can do now to get any fitter, the main thing is not to do anything stupid, and to stay healthy. 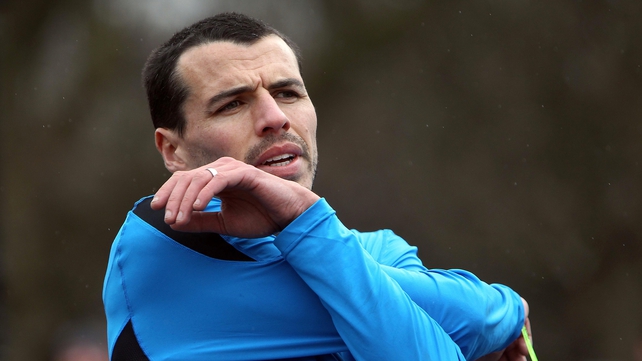 Hard to believe that it’ll all be over in four weeks’ time, but I have my honeymoon to look forward to a week later, so that’s a nice soft step back into reality.

I can’t sign off without mentioning the London Calling documentary.

I’ve got loads of grief from friends about it, mostly good-natured, and I’d just like to mention that most people don’t ever get to see themselves dancing while a bit the worse for wear, and it’s a very sobering sight.

The MC Hammer-esque moves you imagine in your head are much more Vanilla Ice.

I’ll leave things there for now. I’ll be doing one more update after the Olympics so until then, good luck.

Mark Kenneally will compete for Ireland in the marathon at London 2012.