Ireland's Kieran Behan - who yesterday secured London 2012 qualification - has finished fourth in the floor final at the Olympic test event on 13 January.

It was confirmed yesterday that Behan had qualified for an individual Olympic spot after he finished 34th in the all-around test event.

But the 22-year-old had more competing to do as he was sixth in the Floor apparatus after Tuesday's preliminary round.

He improved to fourth by scoring 14.900 in the final in London this evening, with an execution score of 9.000 a particularly pleasing aspect of his night's work.

Daniel Purvis of Great Britain won gold with a score of 15.466, which was equal to that of second place finisher Enrique Gonzalez of Chile. Purvis' higher execution mark - which along with the degree of difficulty of the routine attempted and several other factos determines the final mark - saw him win gold.

His feat of Olympic qualification is all the more remarkable as he has suffered an extraordinary series of injuries and was twice told he may never walk again.

Aged 10 he was in a wheelchair after complications in removing a non-cancerous tumour from his leg and 15 months later a freak training accident left him with a form of brain damage.

Then, as a 12-year-old, he hit his head on the back of the high bar, damaging his inner ear and leading him to black out in the event of sudden movement.

That led to a three-year break from gymnastics training as he taught himself how to sit and move his head. Yet he eventually returned to gymnastics, only to rupture anterior cruciate ligaments in both knees in separate incidents that kept him out of action until the end of 2010.

However, Behan, has still managed to become only the second Irishman to go to an Olympics after Barry McDonald competed at the 1996 Games in Atlanta as a wildcard.

Behan said: "To think years and years ago I was told: 'You're never going to be able to walk again let alone do gymnastics', to find out I'm going to the Olympic Games is something that dreams are made of."

"To come from all that, and everything that's happened with injuries, I've got the luck of the Irish on my side most definitely.

"I wouldn't be here now if it wasn't for my friends and family and coaches and everyone who has stuck around and been there supporting me."

Simon Gale, Behan's coach for the past three-and-a-half-years, said Olympic qualification had been the highpoint of his career in the sport.

"When he won the gold medal (in the World Cup series) that was pretty special but this is the highlight of my career," Gale said.

"We both got really emotional." 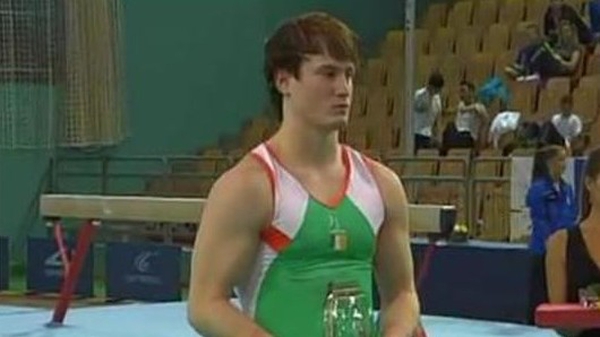