Ireland lie in 20th position after the first two heats of the Women's Bobsleigh at the Winter Vancouver Games.

Ireland are 3.33 seconds behind leaders Canada, but just two hundredths of a second behind recent rivals Australia and team manager Siobhan Hoey believes the Australians can be overtaken.

Ireland went off second last in the first run, getting underway amid a snowfall that had gotten heavier since the beginning of the Heat.

And the Irish pair struggled at the start, with driver Aoife Hoey struggling to enter the bob smoothly.

Hoey drove well thereafter, giving Irish supporters few reasons to worry on the way down but the damage had been done at the top and Ireland ended up 1.85 seconds behind leaders Canada 1 and in last position.

Japan and Australia went either side of the Irish bob and both had severe wobbles on the way down despite the track having been made safter after concerns over its speed. However, both teams managed to record times several 10ths in front of Ireland.

But Ireland recovered on the second run, recording the 17th fastest time of the 21 runs. Ireland's Heat 2 time of 54.49 was 1.48 seconds slower than the leading mark - a track record 53.01 by Canada 1 - and helped them make up ground on everyone else currently in the bottom five.

After an error ridden second run, Russia 2 has been sucked towards the foot of the table. Their bob recorded a time 2.2 seconds slower than the leading time and they are currently last, and .11 seconds behind Ireland.

The third heat takes place at around 1am on Thursday morning. 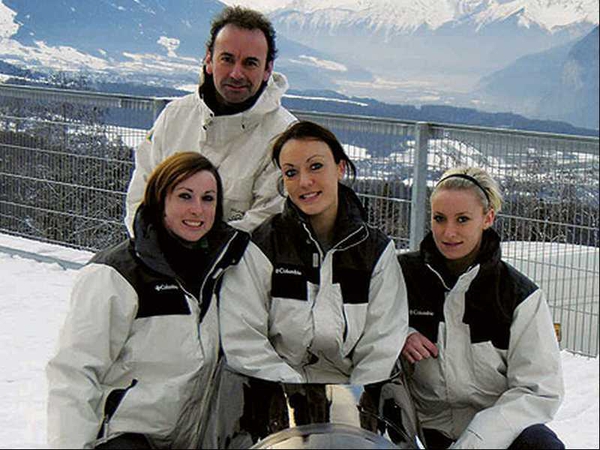