A 42-year-old Australian, a rower-turned-sailor-turned-rower from New Zealand and the Chinese squad are likely to make the headlines at the Olympic rowing regatta in Beijing.

China has won only two Olympic silvers and two bronzes since the sport was introduced in 1900 but start their home Games as genuine medal contenders in at least eight of the 14 events after an impressive World Cup season.

The squad looks particularly strong in the women's categories, including the single, double, pair and quad, and the men's lightweight four while it could also pick up medals in both eight races.

Tomkins will line up in the men's eight in the hunt for a fourth Olympic gold and fifth Olympic medal in total.

The seven times world champion won gold in Athens in the pair's with Drew Ginn. Ginn had to pull out of the event in Sydney with a back injury, leaving Tomkins to compete in a boat named in his friend's honour.

The Australian boat eight won the first World Cup race this year but finished fourth in the second behind Canadian and Chinese crews.

On paper, Waddell's target looks more modest - competing for his second gold medal after winning the single in Sydney - but it is the New Zealander's build-up to the Games that has caught the imagination of the rowing world.

The 33-year-old returned to a hero's welcome after his come-from-behind victory in Sydney and then decided to take seven years out of the sport, crewing for Team New Zealand in the America's Cup and playing rugby for a provincial side.

The decision, while welcomed by Rowing New Zealand, caused a problem because Waddell would have to compete against compatriot Mahe Drysdale who had become the three times single sculling world champion in Waddell's absence.

The competition captivated the New Zealand public, with spectators and the media allowed to attend the trials.

Drysdale won the first race before Waddell evened the contest, setting up a showdown on Lake Karapiro which was broadcast live on television.

But the dramatic finale failed to materialise after Waddell suffered the recurrence of an irregular heartbeat, leaving Drysdale to coast to a comfortable victory.

After further medical tests, Waddell moved into the double with Nathan Cohen, winning two of the World Cup races they contested.

‘It is a positive start,’ he said after the Lucerne World Cup. ‘We are looking for every bit of encouragement we can get.’

Germany's Kathrin Boron has a lower international profile than Waddell and Tomkins despite her position as one of rowing's most successful athletes.

With four Olympic gold medals and eight world championship titles, Boron has dominated women's sculling over the last two decades but the Germans have lost their aura in recent years, with the British and lately the Chinese taking over.

She will compete in the women's quad where the British three times world champions will start as slight favourites ahead of the Chinese who enjoyed a good World Cup season.

China could also challenge for medals in the blue riband men's and women's eights races, which produce some of the most exciting racing to close out the regatta.

China finished second in the men's eight at the fiercely contested Lucerne World Cup, behind an impressive Canadian crew which led from the start.

Tomkins' Australia and Britain should also feature while defending champions the United States will enter as an unknown quantity after choosing not to race abroad all year.

In the women's eight, the United States, Australia, Canada, Romania and China could all challenge for medals. 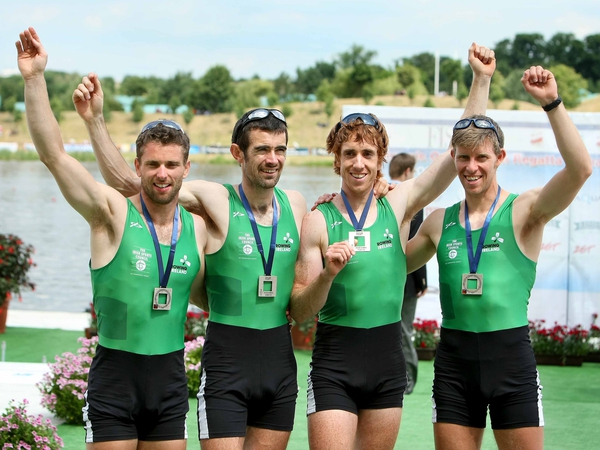