Lewis Hamilton fears he will have to start at least two races from the back of the grid as mechanical issues continue to blight the defence of his Formula One title.

The world champion, 24 points adrift of his Mercedes team-mate Nico Rosberg, will start Sunday's Austrian Grand Prix with a fresh engine - his third of the campaign so far.

But under the sport's complex engine rules, Hamilton will be demoted to last place for using more components than is permitted during a season. And with more than half of this marathon 21-race campaign still to run, the Briton believes it is almost inevitable that he will be penalised again.

"If there are 40 engines you would hope we have the best of the 40, but that's just the way it goes

"Before this year I don't think reliability was a huge thing," said Hamilton. "The team's always trying to get 100 per cent reliability, and if you can get somewhere near the 90s, you're looking good for fighting for the championship.

"But this year it's been different, and I don't have an answer for why that's happened.

"I'm starting with my last engine this weekend, and I will have at least one race where I start dead last, and that could most likely be two."

In contrast, Rosberg, a back-to-back winner here in Spielberg since its return to the calender in 2014, has encountered fewer engine problems this season.

Mercedes supply engines to three other teams in the paddock - Williams, Force India, and Manor - and Hamilton has admitted he is struggling to understand why he has been the hardest hit.

"The worst thing is I'm the only Mercedes driver to have that problem," Hamilton added.

"If there are 40 engines you would hope we have the best of the 40, but that's just the way it goes. I just have to do the best with the one I have now and the one or two I get beyond that.

"It's not easy when you see eight Mercedes drivers are on a normal plan - their second engine - and I have one left. It doesn't feel great but there's nothing I can do about it. I don't fully understand why it's happened."

Hamilton will hope to damage the limitation of starting from last by taking his next engine at a power-heavy venue - such as Spa-Francorchamps in Belgium, or Monza's Italian Grand Prix - where it can be considered easier to overtake. Both races take place after the sport's summer break.

"I will try to take those penalties on a circuit where I can get furthest up, and maybe at a track where I can catch up and challenge for the win," Hamilton said.

"I have to go into it thinking I can still win. I try and have an optimistic view on it but the percentage chances of Nico winning and me finishing second or further back is higher, but we'll try to minimise the engines we have to take.."

Mercedes boss Toto Wolff added: "I think it's inevitable he will get a penalty at a certain stage, and it really p****s me off." 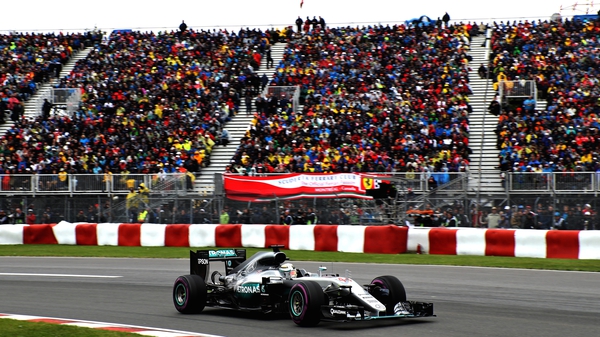