Formula One championship leader Nico Rosberg stormed to pole position for the Chinese Grand Prix in a mixed Saturday qualifying session for Mercedes, with world champion Lewis Hamilton left at the back of the grid after engine trouble prevented him setting a time.

The German put in a one minute 35.402 second lap to seize a 23rd career pole and first of the season as qualifying reverted back to the 2015 formula following complaints from the teams about a new system used in the two opening races.

Despite the chopping and changing in formats, Sunday's race will be the ninth straight a Mercedes has started from the front.

That put the German, who last started on pole in the 2015 season-ending Abu Dhabi Grand Prix, over half-a-second clear of Red Bull's Daniel Ricciardo, who was a surprise second.

But despite the margin of his dominance, it was a day of contrasts for the Mercedes as Hamilton ran into engine problems in the opening phase of qualifying.

The Briton, already carrying a five-place grid penalty for a change of gearbox, complained of a lack of power from his Mercedes engine.

Though he did go out near the end of the 18-minute session, the problem was too severe and forced him back into the pits.

"These things are sent to try us and I am sure we will learn from it," Hamilton, who had been hoping to land his third successive Shanghai win in Sunday's race, told broadcasters immediately after the session.

"The car is quick, hopefully they get the issue fixed and we can have a race tomorrow."

The Maranello-based squad had set the pace in all sessions except Friday morning's opening practice but their challenge faltered when it mattered in an incident filled qualifying.

The session started in damp conditions and was halted twice.

The first stoppage lasted 20 minutes as marshals dried up wet patches on the track after Manor rookie Pascal Wehrlein crashed in the opening session, while the second came in the next when Nico Hulkenberg's front-left wheel came off his Force India. 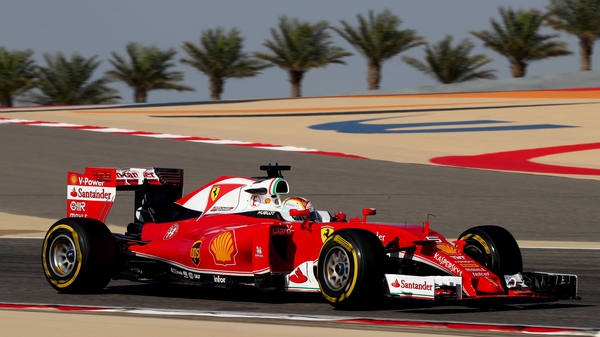 F1 to revert to 2015 qualifying format after teams reject proposals