The elimination-style system made its debut at the season opener in Melbourne, but came under intense criticism with drivers watching the final minutes of qualifying in their garages rather than on track.

Red-faced team bosses agreed to ditch the new format less than 24 hours later, but, in a subsequent meeting, which also included the sport's key stakeholders, it was decided to keep the 2016 system in place for round two of the championship in Bahrain.

"This weekend we will see the new qualifying system continue after a less-than-impressive debut in Australia," said Wolff, who was desperately critical of the new format, despite his Mercedes team locking out the front row.

"The teams were unanimous in their opinion of it on Sunday in Melbourne and it wasn't a positive opinion.

"We haven't found the right format with this change and it's hard to see how it might be more entertaining for the fans this weekend in Bahrain."

The biggest criticism of the new format was the lack of on-track action. While the opening two phases provided plenty of excitement, millions of furious fans were left staring at an empty circuit when the chequered flag fell.

"The sport is under scrutiny on this matter, so careful thought is required in order to make coordinated, intelligent steps forward from the position we are in right now," Wolff added.

"The fans want close racing, in a format they can understand, between the best drivers and cars in the world - in that order. We should be capable of delivering that to the people in the grandstands and watching around the world."

Nico Rosberg led Lewis Hamilton home in an entertaining first race of the season at Melbourne's Albert Park - but in the days ensuing the race, the Grand Prix Drivers' Association (GPDA) penned an extraordinary letter in which they hit out at the "obsolete" and "ill-structured" decision-making process of the sport.

Hamilton - while far from a prevalent voice in the GPDA - has also criticised the direction Formula One is taking.  And ahead of this week's race in Bahrain, the world champion once more cast doubt over proposed changes to the regulations penned in for next season.

"There's been a lot of talk about the rules and whether the drivers should be more involved in decision-making," Hamilton said.

"It's not our job to come up with ideas and we all have different opinions anyway. But personally, I think we need more mechanical grip and less aero wake coming off the back of the cars so we can get close and overtake.

"Give us five seconds' worth of lap time from aero and nothing will change - we'll just be driving faster.

"I speak as somebody who loves this sport and loves racing. I don't have all the answers - but I know that the changes we're making won't deliver better racing." 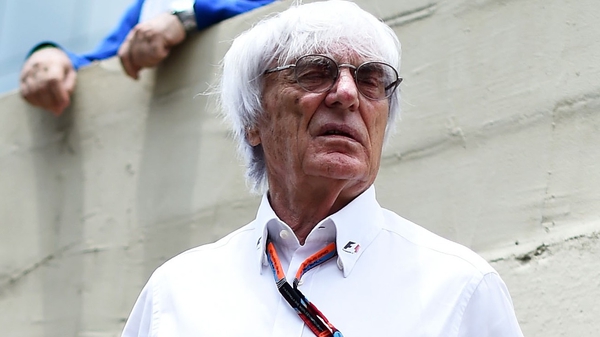