Lewis Hamilton has taken aim at Formula One's power brokers in the wake of proposed changes designed to usher in a new era for the sport.

Formula One's Strategy Group, which consists of the major teams, as well as chief executive Bernie Ecclestone and FIA president Jean Todt, met in Switzerland on Tuesday to discuss ways of spicing up the show.

A new qualifying format, which is set to be introduced for the season-opening race in Melbourne next month, as well as changes to the technical make-up for the sport, have been proposed.

But reflecting on the decisions, Hamilton, the triple world champion, said: "I don't agree with the changes that are made, and have been made for many, many years, so you just live with it.

"I think the drivers should be consulted - I am sure they have been involved more in recent decisions, maybe not the ones that have just been done - but we do have a feeling in the car, we do have some ideas of what could be better, and we know what is not good in the car.

"Some of the drivers have been driving 10 to 15 years and have been through all the different rule changes and know which ones work, and which ones didn't."

The new qualifying format, now set to be introduced in time for the Australian Grand Prix on 20 March, will see the slowest drivers eliminated every 90 seconds after a timed period - rather than at the end of the three sessions - in hope of providing greater unpredictability.

Hamilton added: "I don't really feel like it is going to change much to be honest, but I hope it is a surprise for us all and I hope it does."

Hamilton, competing in his 10th season in Formula One this year, is the favourite to win his third consecutive championship, and fourth in all.

But the Briton's dominance has attracted criticism, not least from Ecclestone, who said ahead of this week's opening winter test in Barcelona, that the sport was "the worst it has ever been".

"I don't think the regulations are fine even if there were five teams [competing at the front]", Hamilton added.

"I don't know what the answer is but whatever decisions they have been making they have not been working for some time, many, many years."

Hamilton will be involved in the final day of testing in Barcelona on Thursday morning before Nico Rosberg takes over from his Mercedes team-mate after lunch.

Mercedes split their schedule following the "unprecedented mileage levels" both Hamilton and Rosberg have completed this week.

Hamilton added: "I was happy to do the full days but they are long days and the team thought it was better if we split it up to keep us fresh." 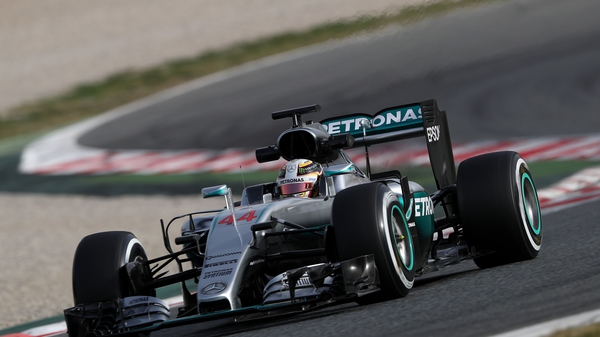