Max Verstappen has swept a hat-trick of awards at the International Automobile Federation (FIA)'s end-of-year prize-giving in Paris.

The Dutch rookie, signed controversially as a 16-year-old by Toro Rosso, confounded his critics in an impressive debut Formula 1 season.

Now 18, the son of former racer Jos won votes for personality of the year, rookie of the year and action of the year.

The FIA said it was the first time any driver had taken more than one of the special, non-championship related awards in the same season.

The personality award is voted by the world's media from across the FIA championships, including rallying and endurance.

The action category is the result of a global vote by motorsport fans, with Verstappen winning for his overtake on Brazilian Felipe Nasr at Blanchimont during the Belgian Grand Prix, the closest thing to a home race for the teenager.

"It's nice to win the action of the year for the second time, because I really enjoy overtaking," said Verstappen.

"It's a great honour to win the rookie award, as it's voted for by the Drivers' Commission and I have to say, getting two fourth place finishes in my first F1 season is more than I expected.

"Personality of the year? I'm not sure why I won that, but it's nice to know the media like me," added the teenager.

Verstappen was the highest-scoring Formula 1 rookie of the season, finishing 12th overall with 49 points after finishing fourth in Hungary and the United States. Sauber's Nasr was 13th with 27.

Mexico, returning to the calendar for the first time in 23 years and drawing 135,000 fans on race day at the Hermanos Rodriguez circuit, received the race promoters' trophy from F1 supremo Bernie Ecclestone.

"Mexican fans are unique. This award is for Mexico," said promoter Alejandro Soberon.

Britain's Lewis Hamilton also collected his third Formula 1 trophy at the ceremony after another dominant season with Mercedes.

"It's pretty much impossible to put into words what it means to be a three-time world champion," he said. 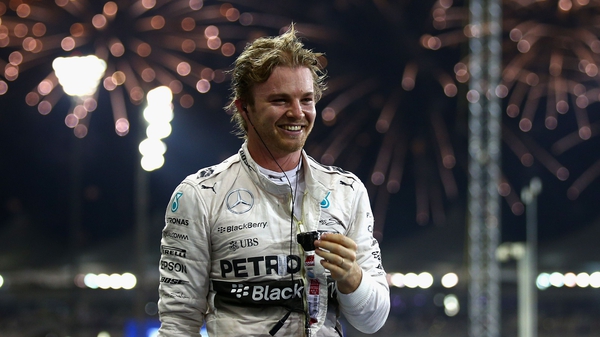