Fernando Alonso claims Lewis Hamilton has only himself to blame for the racial abuse he received at the Circuit de Catalunya earlier this month because he criticised the Spaniard.

Hamilton said in an interview last month that while the two were together at McLaren, Alonso had shown him 'just how not to behave as a world champion'.

And the Spaniard believes those comments led to the abuse which upset the Briton and led to widespread condemnation from inside and outside the sport.

He told radio station Cadena Ser: 'I didn't take any notice (when he said that), but the very next week they whistled him in Spain for saying that. That's the other side of the situation.

'If you talk like that, it's no wonder they jeer you.'

Alonso also claimed the reports of racism at the circuit had been exaggerated.

'If nobody knows exactly what they said to him, it is difficult,' said Alonso.

'I haven't seen any of that on the television. If it happened, then it must be strongly condemned, but if it didn't, then it is quite a nasty trick.

'A few of those and the FIA could leave Spain without any races... I won in Monza in 2007 and when I did my lap of honour, the people were making obscene gestures. That's sport.'

Meanwhile the Spaniard claimed his relationship with Hamilton has not changed.

'It's the same as last year, non-existent,' he said. 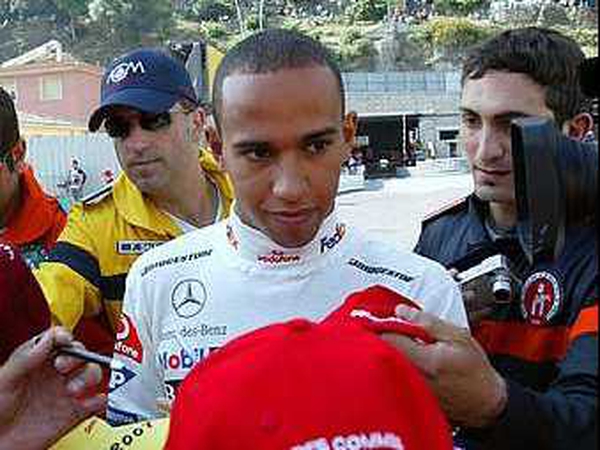